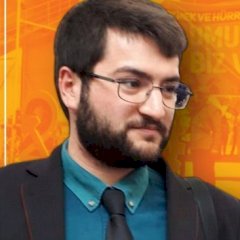 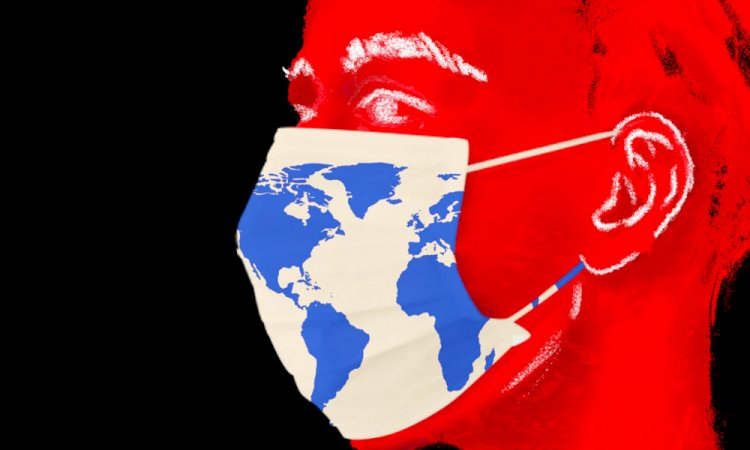 It has been 2 months since Coronavirus outbreak entered the global agenda. Until now, the stabilization has been achieved in the country of origin, China, but the extent of the outbreak is gradually expanding in the rest of the world. In Turkey, one week was left behind after the official confirmation of the first case. The number of cases (according to official figures, of course) is now expressed in hundreds. We also know that there are those who lost their lives more than the government declared.

We emphasize the “official numbers” because the government is so unreliable that all official statements have been met with suspicion since the first case was announced. The source of the suspicion is that the explanations do not reflect the reality.

What could be the reason behind the concealment of the facts especially when the outbreak hits all continents? No other comes to mind for reasons such as holding political charisma, keeping the market crash under control. Let this be an introduction of how class-related the subject is.

When people realize that the cases will keep rising in numbers, all the sectors of society have expectations about the outbreak on the basis of their classes.

For example, on the one hand, there are warnings of the media and official authorities that “stay away from crowded places such as malls”, on the other hand, the only problem of shopping center owners is “how do we attract customers to shopping malls”. At the  last weekend, a manager of the shopping mall, who talked to a live TV show, invited people to a conference in the mall in which the doctors from a private hospital about the ways of protection from coronavirus.

Of course, while the Shopping Centers and Investors Association made some decisions under the heading of "continue to restricted work ", they tried to give the image that they did their part by saying that they "recommended” the working of shopping malls less hours.

The Virus is not Class-conscious but the Bourgeoisie

Apparently the bourgeoisie has a definite class consciouss about this terrible pandemic. With the spread of the virus to Europe, we started to hear about the self-isolation stories of the bourgeoisie. The news that football star Cristiano Ronaldo bought an island in order to protect him from the virus was on the media. Although it was later claimed that this news was a lie and that he was staying in a luxury house with an ocean view, it is obvious that Ronaldo has the opportunity to have a total- self-isolation.

In the media, you can find dozens of news about the rich people escaping from the outbreak-free areas by hiring special doctors for Covid tests or by taking their doctors with them. Erdogan, while he distributes cologne to pensioners (see: the next subheading), companies that rent luxury private jets cannot catch up on demand.

According to Independent Turkey, Daniel Hirschhorn, the manager of the private flight company named Luxury Aircraft Solutions, summarized the situation as follows: “Many people who have enough income but don't normally use private flights are concerned about maintaining their old habits. For this reason, demands are full.” The cost of the flight from New York to Los Angeles is said to be approximately $ 25,000 to $ 35,000. So, if you are rich enough, and if you hurry up, you can leave the virus behind by a jet plane!

However, in the worldwide, forget about escaping from the virus, for millions of people, having health care when they are sick is a luxury.

Max Fisher and Emma Bubola, who wrote an article in the New York Times, emphasizes that coronavirus increases inequality, and inequalities increase the dimensions of the outbreak: “As a result, people at the lower ends of society are about 10 percent likelier to have a chronic health condition. Such conditions can make the coronavirus up to 10 times as deadly, according to recent data from the Chinese Centers for Disease Control and Prevention. Taken together, these two statistics suggest that Covid-19 can be about twice as deadly for those along their society’s lower rungs.”

Shield for the Capital, Virus for the Working Class

Let’s go back to Turkey. On March 18, under the leadership of Erdogan, "Struggling with Coronavirus Coordination Meeting" was held and an "Economic Stability Shield" package was announced by Erdogan.

It's a little long list, but it would be striking to read that the shield is actually aimed at saving big capital, the bourgeoisie:

The package includes measures for the postponement of tax duties, loans and social insurance payments, as well as several incentives for businesses. There will be a six-month postponement of tax and social insurance payments for all companies operating in a wide variety of spheres – retail, iron and steel, logistics and transportation, food and drink, the auto industry, cinema and theatre, textiles, management companies, housing and hotel businesses. The government also pledged to give financial support to its export companies. It increased the state credit guarantee fund from 25 billion liras to 50 billion liras to shield private banks.

In domestic airline transportation, the taxes are reduced from 18% to 1% for 3 months. Although the accommodation tax, which the hotel bosses had opposed, will not be applied until November. Minimum wage support to employers will continue. “Necessary” support will be provided to Turkish Airlines.

We see that only small and limited measures are taken for the middle classes:

The credit debts of Halkbank to the tradesmen and craftsmen who demanded by declaring that their works were adversely affected were postponed for 3 months. While there are no obvious measures for middle class or tradesmen other than this article, we can see that the measures introduced for large capital will only find application for these segments very minimally.

While there are no real measures in the package for the laborers, we see that the opposing anti-labor attempts are leaking into the package. Let's first look at the items put in the package as a makeup:

The lowest pension was raised to 1,500 TL (see ingenuity!). 2 billion additional resources for families in need (how and to whom?). The holiday bonus of retirees will be paid in April. Social service for those who are over 80 and live alone. Masks and cologne will be distributed over the age of 65 (God bless!). Public banks will take their salaries home if they wish retirees over the age of 76. The number of doctors in nursing homes will be increased.

Although it may appear as a large number of substances, it will be almost useless, and we can say that the measures that actually consist of make-up are introduced into the package with the concern of populism.

Now let's get to the most dangerous side of the job. New attacks on the working class emerged from the package that stood on capital:

-There will be new attempts to encourage flexible and remote working

-In order to ensure continuity in employment, the 2-month compensatory working period will be increased to 4 months.

First of all, it is not necessary to be able to read the magic ball to understand why the concept of “flexibility” is in this package instead of just describing arrangements such as remote working models. AKP governments have taken steps continuously to flexible working conditions. For millions of workers, flexible working means insecure jobs and depriving of regular income. For example, private employment offices law was enacted in the last years. Rented labor system is one of the biggest attacks on the working class of international capitalism under the name of “flexibility.”

Increasing the compensatory working period from 2 months to 4 months is will harm workers’ rights in the long run. According to the Regulation on Working Times, in cases where the work stops due to compulsory reasons, the times that are not worked can be distributed to 3 hours a day and added to the working time. Although the regulation says that the total duration cannot exceed 11 hours a day, considering that the average daily working time in the current conditions reaches 10-11 hours, the application of this provision will practically lead to the workers working 14-15 hours a day. The government, which ignores the right of paid leave, which workers demand in accordance with the extraordinary process, thus legally paves the way for the bosses to take what they lost during not-worked period from the workers.

Paul Blackledge[1] says that Engels characterizes bourgeois revolutions by their consequences rather than by the agency through which they are realized.

Erdogan's position can sometimes be confusing in discussions about the class nature of the regime established by Erdogan and even some leftists claim that it is a “bonapartist” regime. However, if we look at the results of Erdogan's political line, it shows that we are facing a classical bourgeois power. So does the power of capital and the power of bosses.

With the Economic Stability "Shield" package Erdoğan has put forward against the coronavirus outbreak, we see that the government turns outbreak into an opportunity for shielding capital once again and as usual.

Class Struggle in Days of Pandemic

When it comes to class struggle,mostly crowds on the streets come to the mind . Nowadays, it is hard to see even a dozen people, not crowds, on the streets. On the one hand, all officials are trying to minimize the number of people who leave the house. On the other hand, the biggest desire of the bosses is still to keep the workers work in full capacity. When this is not the case, their plan B is resort to attacks such as layoffs, unpaid leave, and lowering wages.

Let's consider a middling café. For example, according to an account we made with our worker friend who worked in a tavern in İstanbul, the average net profit in 2018 for the place is 780 thousand TL, where an average of 10 workers work. Now imagine that this boss had to stay at home for 1 month. And his profit decline by 60-70 thousand TL.  Also consider that the worker working for the minimum wage does not receive a month's salary. Rent, debts, kitchen, bills… Which will be paid with what?

The outbreak will eventually end. The period of panic and extraordinary measures will be limited to weeks, perhaps a few months at most. But capitalism and exploitation will continue. As predicted in the government's shield package, the bosses will try to compensate their losses by intensification of exploitation.  So, while the working-class struggles with the outbreak, it must fight against capitalism at the same time.

On this occasion, let us remind once more of the most urgent demands of the working class:

1 – Layoffs should be banned! Paid leave for workers!

2 - Postpone the loan debts of the workers!

3 - Free electricity, gas and water for the laborers!