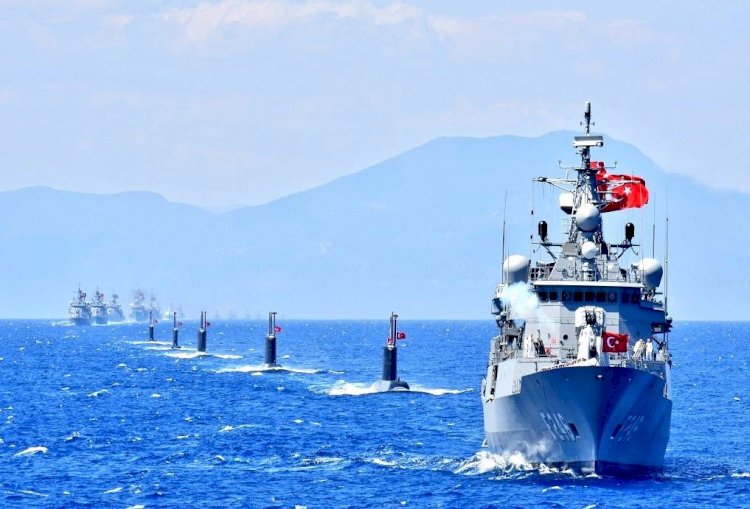 As the AKP has problems with domestic politics, it finds its solution in nationalist heroism which had been one of the most important shelters of authoritarian regimes. In the upcoming period, we will be witnessing the controlled tension between Turkey and Greece, which has been going on for a long time.

Greece and Egypt signed a maritime jurisdiction agreement in the previous days. After that, Turkey has recently released another Navtex and sent the "Oruc Reis seismic exploration ship" to the Mediterranean with the navy as a guard. With this development, the tension that has begun with the November 2019 agreement (signed with Libya, declaring the south of Crete, Karpathos and Rhodes islands as the continental shelf) evolved into a period in which both sides are continuously making military appearance.

Turkey first issued a Navtex on July 21. Then Merkel has intervened to the scene and Turkish government has withdrew the ship “Oruc Reis” for a month. Initial reactions showed that the EU would be in full solidarity with Greece and Cyprus. The USA and Germany, which acted as a mediator after the previous Navtex announcement, called for the ship Oruc Reis to leave the region. Greece demands the introduction of economic sanctions against Turkey from the UN, NATO and EU.

Ministry of National Defense of Turkey tweeted a photo of the ship "Oruc Reis" accompanied by five Turkish warships. Then, the main agenda in both countries on social media was the tension over the Mediterranean. In Turkey, the mercenary trolls on Twitter revived the war rhetoric. We have seen that the of the war rhetoric- which has created by the tension between Turkey and Greece- and its most exaggerated versions had risen again. As a matter of fact, the government has no other alternative in domestic politics.

On the other hand, the government's tactic of producing enemies in the face of economic crisis is not new. Two years ago, during the exchange rate hike in August, Erdogan had unified his electorate around a nationalist-chauvinist campaign driven by the hatred of Pastor Brunson. However, while the economic crisis has deepened in the past two years, it seems that Erdogan has less options than before. As a matter of fact, Hagia Sophia, which was opened to worship on July 24, could not create the expected impact. There is no doubt that the one of the pillars of tension created with Greece is this need.

However, the issue is not limited with that. Eventually, the AKP Turkey has never hidden her sub-imperialist ambitions particularly in the Middle East and did not hesitate to take steps in this direction. Turkey used and still uses the opposition between Russia and the West for her own interests. The AKP's periphery was also not limited to the Middle East. Now, the "Blue Homeland" myth is being built over Libya and the Eastern Mediterranean problems. The new orientation of Neo-Ottomanism in the coming period will be to push this issue as much as it can. In this case, Turkey will inevitably be confronted with her international allies.

In the previous days, in an article published in The New York Times, it is said by Western diplomats that Turkey's aggressive attitude in the Eastern Mediterranean is a problem that cannot be ignored, but no one wants to interfere for now. The idea that sees Turkey no longer as a reliable ally is getting stronger.

The discourse of political Islam against the economic crisis in the country is absurd for those who follow Turkish politics: "the crisis and the depreciation of Turkish Lira is triggered by foreign powers who cannot tolerate the rise of Turkey!”. In fact, Turkey’s eventual economic collapse would be the last thing desired if we think about how intricate are the interrelationships of the economies in the capitalist system. Especially considering the indebtedness of Turkish banks to European banks and the negative impact on the exports of European countries with the depreciation of the Turkish Lira… Last year, Turkey was the 6th country that the EU countries exported most. According to the Wall Street Journal , the decrease in demand in Turkey could cause problems in EU countries suffering from the pandemic.

Imperialist capitalism is in the midst of a crisis that it cannot survive without producing regional rivalries and areas of conflict. It should not be forgotten that especially such extraordinary crisis periods provide wide opportunities to create a favorable climate and actors for the rapid deployment of war scenarios. The tension over the Eastern Mediterranean will continue to be on the agenda as a ‘useful’ issue in the future, especially considering the deep crisis we are going through.