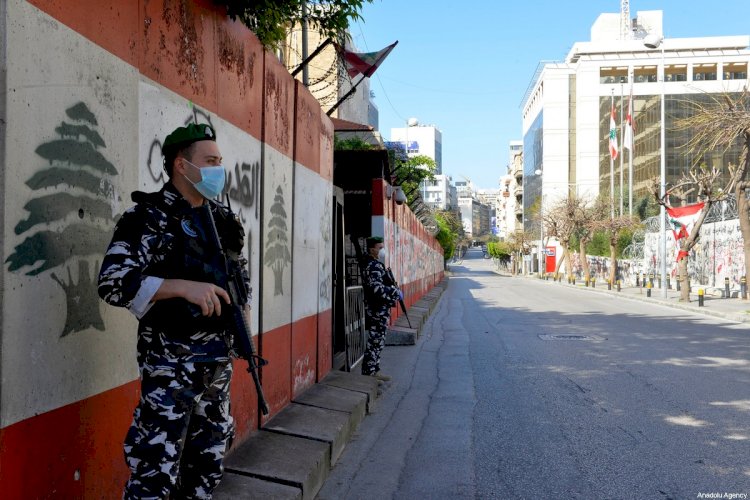 On March 29, at late night, the people took the streets in the poor neighborhoods of Tripoli and northern Beirut, by breaking the curfew announced two days ago, due to the COVID-19 epidemic in Lebanon. In the spontaneous actions, hundreds of people went out on the street schanting,"Rather die from coronavirus than from hunger.”." At the target of the rage, there were banks, which are the symbol of capitalism and the current financial crisis in Lebanon, and the regime. Police attacked the protesters who was blocking the roads and gathering with slogans. After the protests, many demonstrators were detained while the city of Tripoli was closed.

In a poor neighbourhood of the, people went out the streets chanting "Rather die from coronavirus than from hunger."

We should make the bosses to pay the bill of the pandemic! pic.twitter.com/Pl7FsHhPDb

80% of hospitals in Lebanon are private. All hospitals have a maximum of 20 beds that can serve coronavirus patients. In terms of quality and quantity, the health system is not in a position to handle such an epidemic. In Lebanon, where 16 people died because of the coronavirus epidemic, the government declared state of emergency on 15th of March. On March 27, a  7 p.m. to 5 a.m. curfew was declared. In the country, where going out onto the streets, restaurants, cafes, bars and public spaces are prohibited that caused small bussiness owners and laborers are literally living in starvation. Approximately 55% of the working people in Lebanon have precarious and day-to-day pay jobs. The poor, with no financial support from the government, could stand the outbreak measures for two days only. The actions in Tripoli continued from 7 pm to 5 am with the slogans "We want to live, we want to eat". Last week, when the police fined a taxi driver for breaking the ban on not having more than one passenger at one time, the taxi driver set fire his car in front of the police.

The economy, which has experienced a global shock due to the coronavirus outbreak, raised the dollar. The daily life of the country, which is dependent on imported products purchased with dollars, has literally starved to the hunger. The Lebanese state declared bankruptcy on March 9 due to the corona outbreak and the huge drop in oil prices. The country fell into default by not paying its $ 1.2 billion debt today. Prime Minister Hassan Diab said Lebanon would not be making a bond payment of $1.2bn (£900m) due on Monday. "The debt has become bigger than Lebanon can bear, and bigger than the ability of the Lebanese to meet interest payments. While the banks could not supply dollars to the people, the fact that people can only use dollar in everyday life , the current situation deppened the crisis.  The Lebanese lira dropped 40%. The Lebanese economy, which is struggling with food inflation, extreme impoverishment and unemployment, is not able to handle such an extraordinary .The Lebanese state, which declared its economic bankruptcy, started debt negotiations again with the IMF. 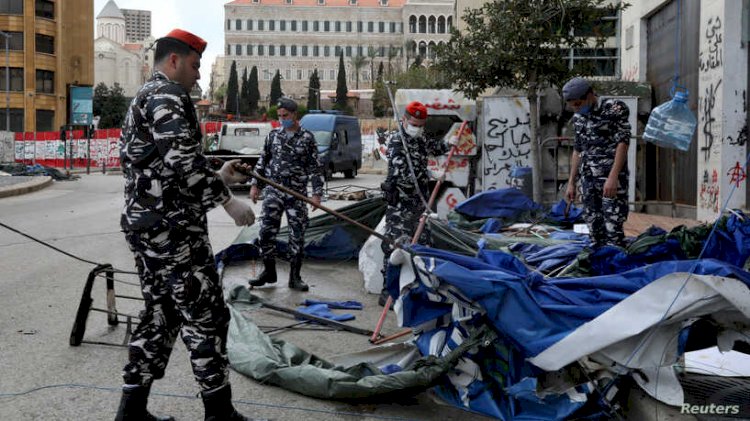 The people in Lebanon had started long-term actions in the country with a street movement that started in October before the coronavirus outbreak. The Lebanese people, who dealt with problems of poor infrastructure and services, were also on the streets to change the political order established on sectarian base after the civil war. On March 27, by to take the advantage of the ourbreak, the Lebanese government demolished tents from Martyrs' Square, the center of the protests after the declaration of the curfew. However, the activists continue to get together on the internet and prepare to go out on the streets.

The Hezbollah-led government sees outbreak measures as an opportunity to control the street, as it knows that a major social explosion may come after the deepening of crisis. There is an intense police and soldier control on the streets.

Due to the coronavirus outbreak, workers are losing jobs worldwide. The curfews and lockdowns that governments put into practice as a precaution in the face of the outbreak causes millions to starve in their homes. While it was only a matter of time before the streets evacuated by the coronavirus pandemic were filled, people in Lebanon went out on the street because they were literally facing hunger. Lebanese socialists say that the regime's curfew cannot be long-term, and the public will break the curfew, especially in the poorest part of Lebanon, the North. Lebanon is preparing for mass actions again for the near future.

As the pandemic destroys the working classes, the streets of the world will be warmed again by the rebellions.

Interview with SEP Leader Güneş Gümüş on Covid-19 Pademic: “No Return to Normal”