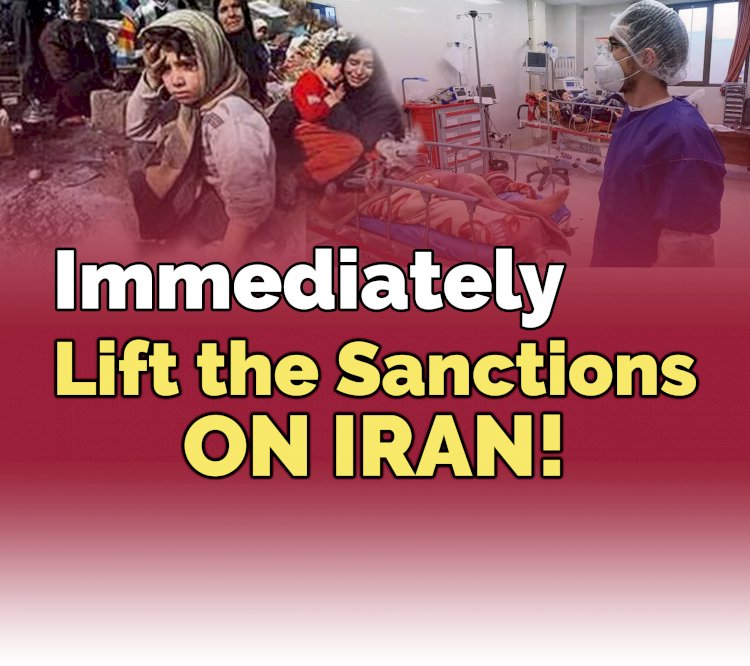 Iran, together with Italy, is one of the worst-affected country  by the coronavirus pandemic.  Even Iranian official sources, whose reliability is dubious,announced that more than 1,500 people died. According to independent sources, the situation in the country is much worse. Although it is known that the healthcare equipment and health service infrastructure in the country are quite insufficient, large-scale embargo which imposed under the leadership of the  US imperialism on Iran,  badly affects supply of medical products. Due to this intended campaign hit the Iranian health system, hundreds of people die every day in Iran. The sanction policy of US imperialism is no different from a planned massacre. US imperialism uses the coronavirus as a weapon against Iran.

Widespread sanctions further aggravate the humanitarian crisis while Iranian people are already in poverty. Mass graves have been a dramatic reality of Iran. In the new type of Corona Virus (Covid-19) report prepared by scientists working at the Sheriff Technical University in Iran, it is estimated that the death toll will be around 12 thousand in the most optimistic scenario, and in the worst scenario, the number of casualties will exceed millions. When this is the case, Iran's access to urgent anti-viral medicines and critical healthcare equipment is currently very limited. This speeds up the spread of the virus and increases the level of mortality . Due to the economic blockade, Iran cannot export oil that prevents poor Iranians from accessing even basic necessities such as food . Therefore, the capitalist Mollas in Iran had to ask the IMF for $ 5 billion debt for the first time since 1979. The world should not watch this murder any more.

The capitalist molla regime in Iran is also responsible of this this slaughter. They underestimated the danger of the outbreak from the beginning, spread false information, performed a bad management,  and even arrested those calling for an state of alarm. Iranian poor workers pay the costs of  the risks caused by such a government in addition to the heavy embargo imposed by US imperialism. Therefore, workers in the Middle East and around the world should intensify calls to lift the sanctions on Iran.

The imperialist capitalist system is the greatest enemy of humanity and our planet. We have to come together and fight to demolish this system.