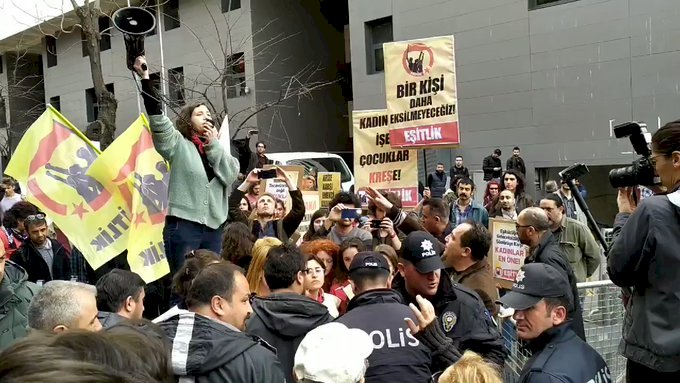 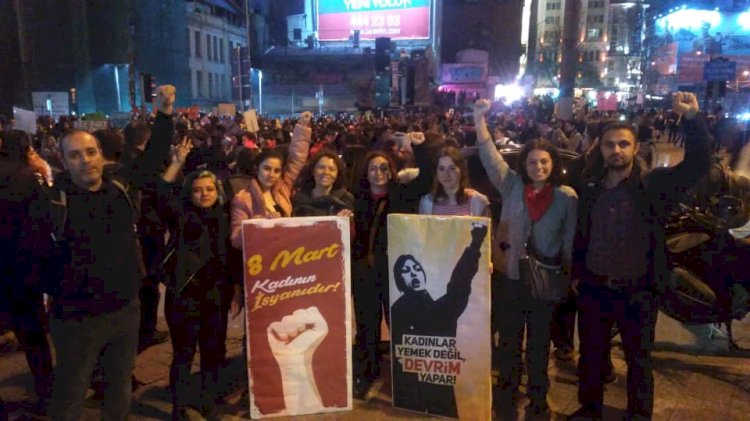 Also we attended and interviened women protests in Aydın and Denizli. 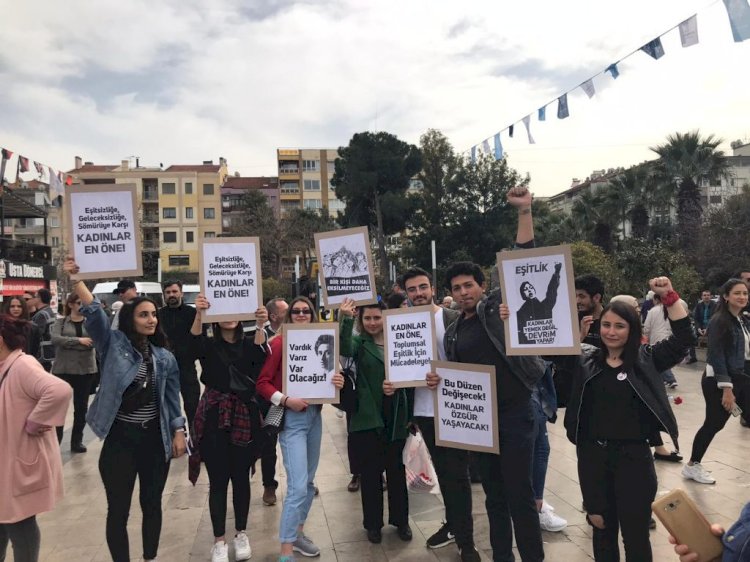 In Turkey, Erdoğan’s regime have an anti-women agenda. Due to the fact that the regime dictates conservatism to society and increasing poverty, femicides and violence boomed. A young generation of women activists takes the streets on March 8 and November 25 every year. However, these protests have no social agenda beside reacting the oppression with a identity discourse. We, socialists intervine these movement to organize and radicalize it around a classist socialist program and make it the voice of working class women to defeat capitalist brutality.

In the video, SEP Leader Güneş Gümüş agitating the people on the street on behind the police barricade.