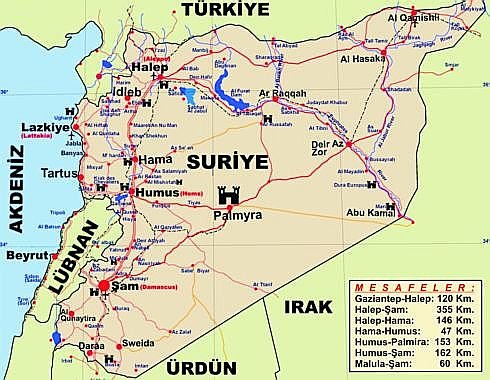 AKP government’s Ottomanic dreams and chauvinistic fantasies throw peoples of Turkey and Syria into the fire, causing to the destruction of thousands of lives. While the labourers become poorer  with each passing day, the only thing AKP think is the continuation of its corrupted regime. That’s why AKP needs war games. Those who blindly played with fire brought the country to the brink of war with Russia. However, it is obvious that those who see themselves as a giant in the mirror as they have giant egos! And they even have no capacity to see the consequences of their adventure.  Laborers should not allow this government of the robbers  to put Turkey in the fired to take the country into swamp of war.

As the Socialist Laborers Party, we warn:

* New adventurous moves that will turn conflicts into war in Syria should definitely be avoided.

* Syria’s sovereignty rights should be recognized immediately, negotiations with Damascus should begin, and Turkish Armed Forces should withdraw from Syria.

* Any support given to sectarian  jihadist organizations should be ended that pave the way to end the the bloodbath immediately in Syria.

* In the context of sub-imperialist games in the Middle East, and the policies tht provoke internal conflicts in these countries must be immediately stopped.