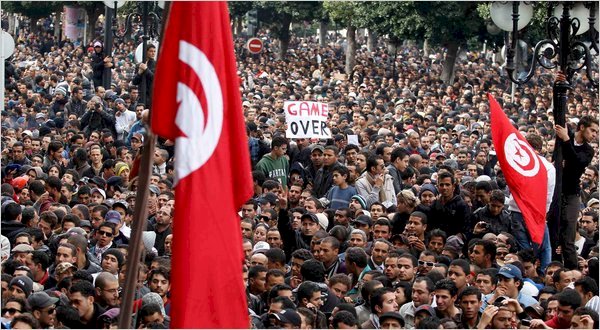 It has been 10 years since the Arab Spring burst in Tunisia. This has been an enormous decade in terms of the varieties of experience. Although the hopes and aspirations of the masses were drowned in blood and tears during this process, the rebellions have not ended.

Life gives birth to new struggles, accumulates new powers, and prepares new rebels in various countries of the Middle East, including Turkey. The point is to take lessons in light of this decade of experience. This is the only way we can be ready for the upcoming struggles. Nevertheless, the left-socialist movement in Turkey is very far from drawing the necessary lessons. We can summarize the perspectives as follows:

The Path to March on

The Arab Spring experience is discouraging in many ways. Despite the burdensome costs, the return of despotism, civil wars, ethnic-sectarian hatred, jihadist gangs… All of these reinforce fears, but on the other hand, the misery of the people, the futility of the youth, and the decay of the system are unbearable. This crisis, which the imperialist capitalist system has not been able to get out of since 2008 and that has deepened with the pandemic, will deepen the problems. As long as these contradictions exist, the energy of rebellion will never end.

Maybe the streets of Egypt are silent today, but no one knows what will happen tomorrow. While this article was being written, the actions of the student youth were continuing in Beirut. Lebanese, Iranian and Iraqi laborers can fuel the rebellion at any time. The rulers in Morocco, Algeria, Jordan, Sudan, and others fear badly. Also in Turkey, objective conditions of a social explosion are maturing. Yes, the Arab Spring left behind painful memories and the price paid after the successes which could not reach the victory. But let's not forget, the biggest fear of the working people is the fear of abandonment brought about by disorganization. So revolutionary socialists, trying to organize in Turkey and each country they reached. To change the course of history. SEP and ISL are for this.