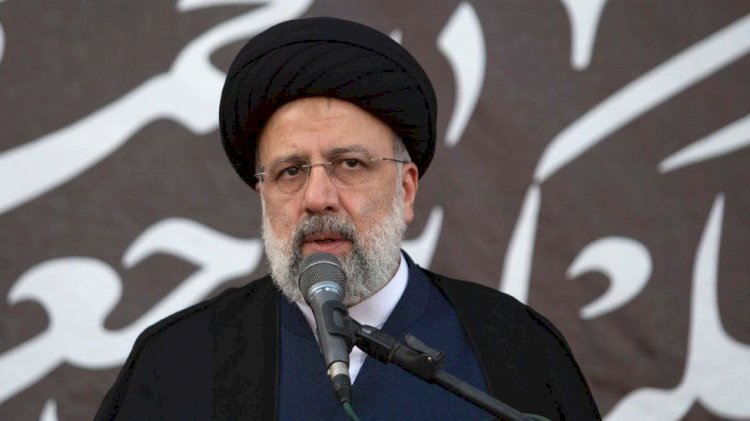 As expected, the head of the Judiciary, supported by Khamenei, and the conservative candidate Ibrahim Reisi won the presidential elections in Iran. We say, “as expected” because the election mechanism in Iran leaves little room for surprises in a way that preserves the continuity and security of the regime. While coming to these elections, the Constitutional Protection Council, which has the power to control the loyalty of the candidates to the regime and veto their candidacy, when necessary, deactivated the reformist and moderate conservative figures.  592 people applied for candidacy before the election, and only 7 of them were granted the right to candidacy by the Council.

The vetoing of some figures among those who want to be candidates carries clues in terms of understanding the regime's orientation in the new period: Rouhani's first deputy, Ishak Cihangiri, ex-President Mahmut Ahmadinejad, former Parliament Speaker Ali Larijani. All three served the regime faithfully in their past and served at the top of the regime. However, one of the prominent points among the reasons why the religious leader Khamenei and the regime's safety valves, such as the Revolutionary Guards and the Council for the Protection of the Constitution, agreed on Reisi and organized the possibility of his election in a way that would not leave it to chance, is that Reisi came to the fore as a candidate for the religious leader in the post-Khamenei period. After the revolution, Reisi, who assumed important duties in the judicial bureaucracy of the regime, stands out as a low political figure and failed against Hassan Rouhani in the elections held in 2017. Today, the presidency is seen as a kind of "internship" process for Reisi on his way to religious leadership.

Reisi is a name that will be mentioned frequently with the bloody pages he opened in history for the Iranian revolutionary and opposition masses, who have been severely tested with executions, torture, and prisons. After the end of the Iran-Iraq War in 1988, he was one of the organizers of the brutality in which approximately thirty thousand people were murdered in prisons. After Khamenei became supreme leader in 1989, Reisi became one of the key figures in the regime's judicial apparatus and advanced in his career. The name of Reisi also comes to the fore in the execution decisions made after the actions that took place in November 2018.

The process of nomination of candidates made the issue of participation in the elections controversial for the opposition. Former President Mahmoud Ahmadinejad called for a boycott of Mir Hussein Mousavi, who is under house arrest, and the pro-reform wing. The effect of this situation showed itself in the rate of participation in the elections. The election, in which the turnout was 48.8%, witnessed the lowest turnout since the 79 Revolution.

The economic crisis that deepened especially due to international sanctions; the effect of the Covid-19 pandemic, which the regime failed to fight; the emergence of corruption within the regime; and the regime's crushing of the slightest desire for change, even within the borders of the order, pushed the Mullah regime into a deep legitimacy crisis. Although many large and small actions in the past years expressed the discontent not only of the working classes and the youth but also of the petty-bourgeois and conservative layers known for their closeness to the regime. However, this situation did not evolve into a social explosion. But the low turnout in the elections gives an idea of the extent of this discontent. The feeling that everything is predetermined and that voting has become meaningless has been reflected in the ballot box to a large extent. Khamenei's moves to increase turnout as the elections approached and to break boycott calls from the opposition did not affect.

Until now, the mullah regime had allowed candidates from different political lines to compete, of course with conserving obedience to the regime. Political tendencies were tried to be kept in balance that oscillated between reformist and conservative candidates during the election processes. When this delicate balance was disturbed, as in the 2009 elections, they had to activate hard power. However, at this point, the Mullah regime does not need to confirm its legitimacy at the ballot box, even for show. In terms of this regime, this may be the most remarkable point in these elections. This shows that the groups close to the reformists, who expect change from the regime, have no choice but to verge to more radical options. For the poor working classes and youth seeking change, who were pushed into deep poverty with the economic crisis, there was no option except the street for many years. In the radical actions in 2019 and 2020, the working classes shattered the sectarian divisions on which the Mullah regime had been benefitting for years and drew a thick line between themselves and the reformists.

In the deep economic crisis in Iran, the impact of the sanctions that Trump initiated in 2018 after the end of the nuclear negotiations is undeniable. Oil exports, the country's most important source of income, declined from 2,800,000 barrels in 2018 to 200,000 barrels in a few months in 2020. During this period, the Iranian rial lost almost 70% of its value; by April this year, inflation had reached almost 50%. While the regime canceled various subsidies due to the economic crisis, the sanctions had dealt a major blow to the country's fight against the Covid-19 pandemic. This process led Rouhani, who is seen as a moderate figure, to be described as the most unsuccessful president in history in his second term.

For the mullah regime, this is the point that connects foreign policy with domestic policy. Because, unless a solution is found against the economic crisis, the material basis of the social explosion is concentrated in almost every region of the country. This includes the various petty-bourgeois conservative groups that have hitherto been loyal to the regime.

It is possible to see partial steps to be able to breathe in the face of the internal crisis during the era of Reisi. As a matter of fact, after winning the election, Reisi showed his first stance on foreign policy with the statement "We will start by establishing relations with all countries except Israel..." However, it should not be forgotten that the regime's foreign policy is a process whose boundaries and targets are determined largely by the Supreme Leader Khamenei and the Revolutionary Guards, another important component of the establishment.

The audio recording scandal that took place in May and in which Foreign Minister Javad Zarif was at the center showed that the Revolutionary Guards' dominant stance in foreign policy caused cracks in the regime. In the three-hour segment of his 7-hour interview with the reformist economist and Martyr Beheshti University lecturer Dr. Said Leylaz, which leaked to the press, Zarif accused the Commander of the Quds Force, Qassem Soleimani, who was killed in a bomb attack by the USA on January 3, 2020, of sabotaging the nuclear negotiations and for trespassing his initiative in foreign policy. Zarif resigned in February 2019 because he was not informed of Bashar Assad's visit to Tehran at the initiative of Soleimani and was not involved in the talks, but his resignation was not accepted by Rouhani.

It is possible to say that the influence of the country's foreign policy will be weak during his reign, and we will see these cracks less frequently. Minor differences in details will depend on who Reisi will take with him during his mission.

For Iranian Workers, Youth, Women and the Oppressed, There Is No Option Other Than Struggle!

Iran's Mullah regime, which is buried in all kinds of corruption and filth, and whose social legitimacy has hit the bottom, has managed to prevent the political divisions within itself to cause serious problems for the system. However, if there is one issue that the regime has failed to achieve and does not seem possible to achieve, it is to gain the consent of the poor working classes, youth, women, and large sections of the oppressed peoples. Everyone who has been pushed into poverty and misery in Iran sees that a wide web of corruption is woven from the top to the bottom of the regime. Despite the country's huge oil revenues, it is only the regime's powers that get rich. As we have seen in the last few years, what the regime can promise to the working classes is limited by deep misery and oppression. Therefore, what will determine the crossroads in Iran will be how long the working classes will allow this situation to continue, even before the regime's preferences.

The most important obstacle for Iranian workers is the lack of a revolutionary vanguard who can unite the class struggle, which has been quite radical in local areas, on a national scale, and equips the intense energy of the working classes with the perspective to seize power. If a Bolshevik vanguard, armed with the Permanent Revolution perspective, takes root in Iranian soil, it will inevitably cause a deep shock not only in Iran but also in the Middle East.