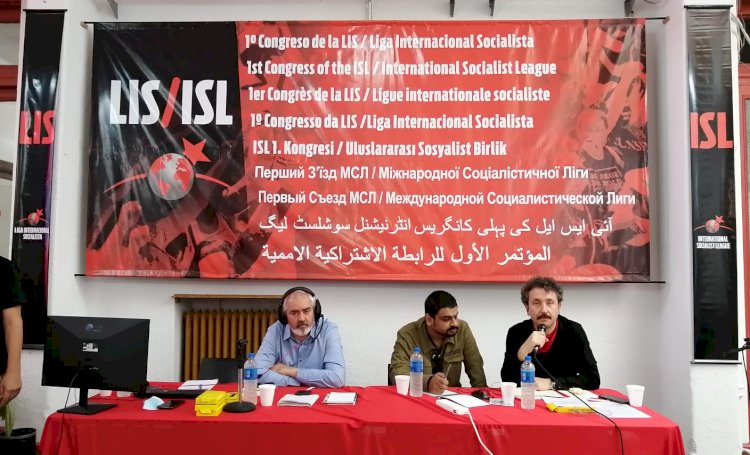 The ISL held its 1st World Congress in Buenos Aires, the capital of Argentina, between 4-10 December. Delegations from 25 countries and 5 continents attended the congress, two of them were the SEP representatives. The First World Congress was the embodiment of the great progress of the ISL in terms of both quantity and quality. The congress, hosted by our Argentine sister organization MST, started with a magnificent rally in the historical Plaza de Mayo Square in Buenos Aires. 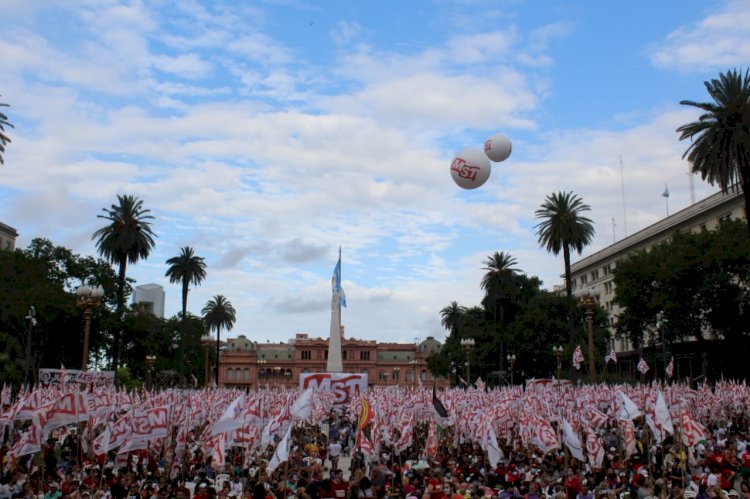 The ISL international delegation also took part in the MST youth camp to talk in the workshops and discussions. Right after the end of the congress, the international delegation attended another big rally, which was against the agreement of the Peronist government with the IMF that was a great challenge to show the strength of the Argentine revolutionary left. This intense one-week congress was a historical development with internationalist comradeship, intense discussions, decisions, and actions. 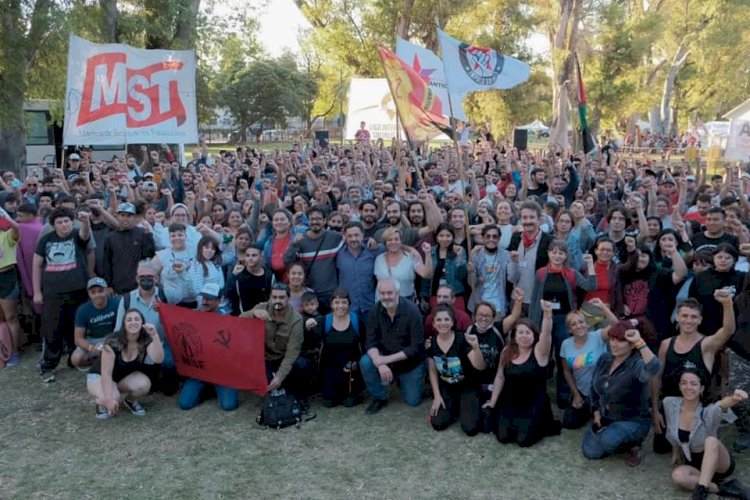 MST youth with the international delegation

This first congress of ISL, which held its founding conference in Barcelona in May 2019, could meet with a delay of about a year due to pandemic restrictions. The formalization of Pakistan's most powerful revolutionary organization, The Struggle, to join the ISL in a short time has been a big step forward. It was also a great advance that the Luta Socialista organization, which has an important history in Brazil, would join the ISL and merge with our current organization, the Socialist Alternative. Likewise, in Colombia, Grupo de Trabajadores Socialistas (GTS) will merge with our current sister organization, Impulso Socialista. At this point, ISL enters the African continent thanks to the RSL (Revolutionary Socialists Union) from Kenya and the ties that ISL has developed in Western Sahara. Even though Kenyan comrades could not come to Argentina in person due to visa barriers, they actively participated in the congress online. A comrade from Western Sahara was present at the congress in Buenos Aires.  Peru is another country that showed strength as a country where ISL entered for the first time. The strengthening ties of solidarity between the US Tempest organization and ISL, which participated in the congress online, gave the signs that stronger relations would be established in the next period. The Tempest is mostly descendants of the ISO, which was the largest socialist organization in the US before it dissolved itself in recent years. The Socialist Alternative, the most powerful revolutionary organization in Australia that is in solidarity with the ISL, actively participated in the congress via the internet that is another great progress for the ISL. Our Lebanese comrades “The Youth for Change”, which was born as a reaction to the Lebanese Communist Party's adaptation to the system and played a leading role in the uprisings in Beirut, marks another progress as a section and as a new gain for Trotskyism. In addition, the progress of the sections of Chile, Colombia, Nicaragua, and Ukraine, which have been members of the ISL since the Barcelona Conference, either in their countries or in exile (Nicaragua), formed another dimension of the strengthening of the ISL. 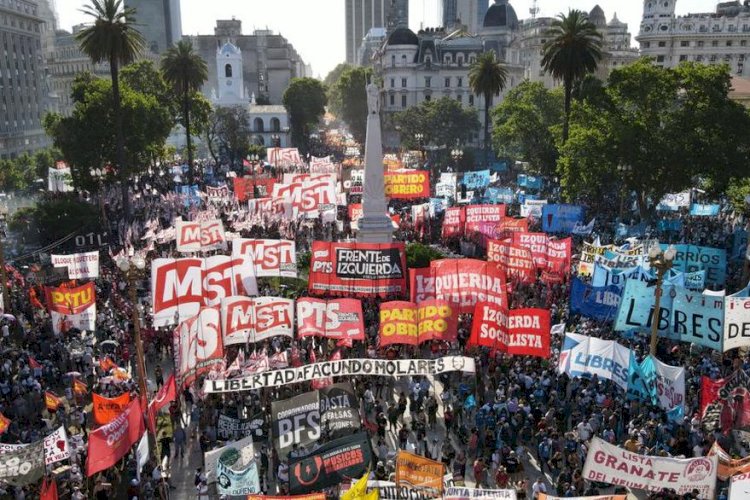 ISL will increasingly continue this development momentum because its composition and functioning method are very suitable for development. Because, unlike other internationally organized Trotskyist organizations, the ISL is not built on 100% sameness, so it allows the participation of different national organizations and its involvement in the democratic centralist functioning of the ISL. Thus, Trotskyist tendencies from different traditions can join the struggle with their own uniqueness. ISL, of course, has a world analysis and has principles that all organizations must agree on, but partial differences, such as the class nature of the USSR, which is a very classical discussion of the past, cannot be a reason for separation. In this way, MST, SEP and our Pakistani sister organization the Struggle, which have different origins, can come together in the same international organization. The outdated understanding of international construction, which is based on the understanding of a big party to create small copies of itself in different countries, has turned into an obstacle in itself in front of the struggle. The experience of many years has also shown that this understanding, by imposing a specific national politics in which the main party is at the center, contradicted the international understanding. On the other hand, it brought about corrosive competition and fragmentation between the relatively powerful organizations in different countries. 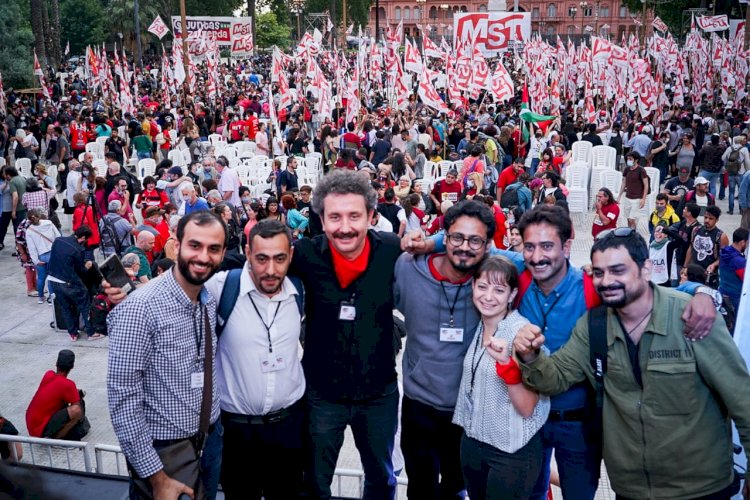 Delegations of Pakistan, Turkey, and Lebanon

We are in an age where there is no tolerance for divisions and power losses that are not based on a real principle. The uniqueness of ISL is understood more clearly when one considers the great historical defeats that the international leadership crisis of the working class has caused. The establishment, development, method, principles and energy of ISL represent a new and completely different power in terms of resolving this historical leadership crisis and thus revived hopes. Parallel to this, the ISL Congress, which took place just as the world economic crisis deepened, was a major step forward in responding to the urgent needs for emerging class struggle and decisive great fights.

The ISL Congress confirms that the 2020s will be a decade of great social upheavals around the world. It also recorded that the working and youth masses, who spontaneously joined the struggle, lost their energies at some point in the absence of a revolutionary perspective and leadership. The working class and youth cannot get rid of capitalist exploitation and the tangle of problems it creates in all areas of life without having a revolutionary perspective and leadership. At this point, it is necessary to talk about the "left" obstacles that prevent the class struggle from taking radical forms. Although the remnants of the Stalinist "communist" parties, which still exist in many countries of the world, are generally very weakened, continue to harm the workers' movement in the seats they occupy in the union bureaucracy. We have seen recent examples of this in Chile, France, and India. The opportunists who came before the masses in the form of a "broad party" played similar offensive roles. Syriza in Greece and Podemos in Spain are the most obvious examples of this. And of course, any union bureaucrat, reformist or those who cannot even be reformist, is the ever-strong obstacle to the struggle. Without leadership and a clear perspective, it is impossible for the class movement to move beyond collaborative maneuvers and betrayals to overthrow capitalism. 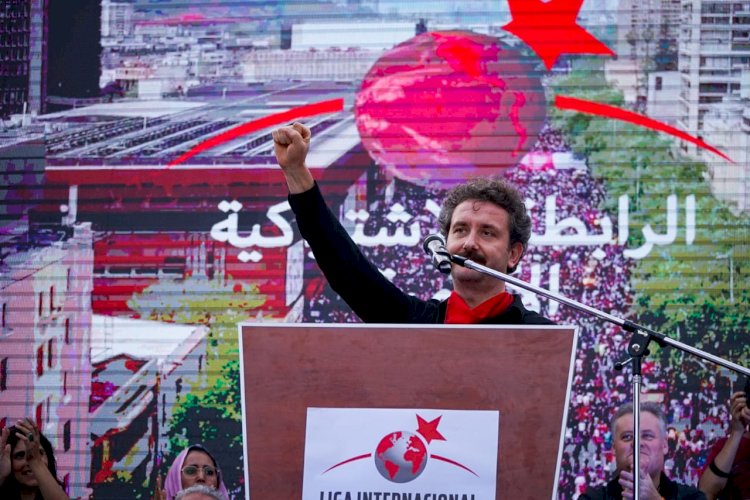 This is the historical role ISL is trying to play: Solving the long-term leadership problem of the working class, helping the spontaneous and strengthening mass movement to shift to revolutionary politics, and educating Marxist workers and youth cadres within the movement...

ISL has great tasks and responsibilities ahead of it. Of course, the new problems of the class struggle will be a test for ISL in terms of the resilience of the international organization and its ability to respond to needs. We can easily say that ISL, which has continued on its way by increasing its quantity and quality, is a great source of hope for the future. In order to increase hope, as SEP, we will continue to increase our efforts not only in Turkey but also in the international arena.