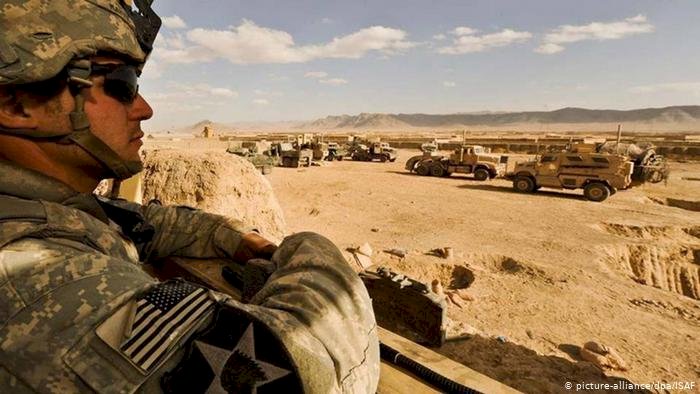 The debates and the attitudes taken after the US withdrawal from Afghanistan once again reminded us of the scourge of a distorted theory of imperialism.

In our geography, which has a strong anti-US sentiment, the most common social trend is the reduction of anti-imperialism to a simply anti-US attitude. This perspective was not sufficient even when the USA was at the peak of its global power, almost unrivaled, but like today, the great international actors diversify. In an international conjuncture where rivals like China and Russia have become more formidable, it opens the doors for erroneous attitudes. All of a sudden, you can find yourself saying "imperialism has been defeated" and rejoicing because the USA is leaving Afghanistan...

Imperialism was described by Lenin as the last stage of capitalism. This stage signified the global dominance of capitalist relations of production. Expansionist tendencies have been showing themselves for hundreds of years around the world. Unlike other forms of expansionism, imperialism expresses a new phase of capitalism: its monopolistic phase. It is necessary to grasp imperialism as a system of economic and geopolitical competition that continues on the basis of nation-states, for the sake of not only immediate but also general and long-term interests of capital. In one way or another, capital's interests lie in the background of imperialist expansionism. The forms of economic-political relations on which these interests are based may change. And it is changing.

Although it is beyond the scope of this article to discuss the whole theory of imperialism, it is possible to establish a basis for the theory by identifying some critical principles.

Capitalism emerged on the stage of history with brutal colonialism drenched in blood and tears and continued throughout the period from the 16th century to the end of World War II. Capitalist primitive accumulation was achieved by consuming the precious metals, raw materials, and labor of enslaved natives at the expense of destruction. But when classical colonialism became a burden for capitalist development, new relations were established with the colonies of the past within imperialism. Of course, there are current examples of the colonial form, which corresponds to the complete or partial transfer of sovereign rights, but in limited numbers. Afghanistan was also a current example of colonial administrations with a direct US occupation and a puppet colonial regime subject to the US. Afghanistan, despite those who declared the defeat of imperialism and the victory of the peoples when the occupation is over, is on its way to set an example for imperialism's expansionism beyond colonialism. Even without the need for a puppet Afghan administration, imperialism will be a decisive force for Afghan politics and economy; the country's politics will continue to take shape under the shadow of imperialist expansionism. The Taliban administration will not only cooperate with China for Afghanistan's reconstruction and economic development, but it will take care to draw a moderate appearance in the international relations arena and to dress if necessary so that the country's frozen $9 billion in assets can be used, and the US and Western countries give approval for the IMF and World Bank to step in.

2- Imperialism is not limited to the foreign policy of the USA or the Western powers.

This understanding is far from establishing the indispensable link between imperialism and capitalism. First of all, if imperialism is merely perceived as the foreign policy of some countries, then it can actually be changed. On the other hand, this finding corresponds to interpreting the world on a unipolar basis: the USA and the others. However, although the USA is at the top of imperialist capitalism today, the world is multipolar economically, militarily and politically. First of all, there are powers like Russia and China that the USA has declared as the main threat. Despite long years of alliance, the EU does not hesitate to differentiate its interests from the USA when necessary. The fundamental relationship of imperialism today is unequal interdependence. Although this level of dependency is unequal according to the economic and military power of the countries, a relationship of one-way determination (where the small power is completely subordinated to the big power) is not valid to a large extent. When you reduce anti-imperialism to anti-USA, it is not possible for you to take a stand on the expansionist moves of China or Russia.

3- Imperialist powers are not omnipotent.

Country policies are shaped by a complex combination of internal and external dynamics. In countries like Turkey, although we often encounter a conspiratorial understanding that seeks the blame for all kinds of evil in foreign powers, the imperialists are far from getting everything they want. It can be seen that the US power is less effective in reshaping international politics, especially these days that the world economy oscillates in crisis and the top power of the world, the USA, does not show the capacity to stop the rot. For example, the USA has not been successful in shaping Afghanistan as it wishes in 20 years. Or it has failed to rule out a rival that it has declared the greatest threat, such as China. Or, even though the US's plan is for jihadists to afflict Russia under the Taliban regime, regional equations will continue to be expecting many other developments.

4- You cannot make a friend out of imperialists.

We would not be wrong to say that this is the most critical principle. Although the working methods of the imperialist powers change, their desire to shape international politics and economy with a fierce profit and accumulation ambition never changes. Imperialist expansionism exists to protect the most general interests of its nation-state capital under international military-economic competition: no matter how democratic the dressing may be in the image, this fact will not change. The fact that EU countries will recognize the Taliban is an example of this. In addition to the dozens of examples that can be given, we can say that the French cement company Lafarge sent cement to jihadist networks, including ISIS, with the knowledge of the French state, in order to continue its investments in Syria, and transferred €13 million to ISIS. Imperialists have no principles other than the green of money; even the most democratic-looking one is nothing but an enemy to the working people.