Ceasefire in Nagorno-Karabakh: Winner is the Chauvinism; The Loser is the Working Peoples! 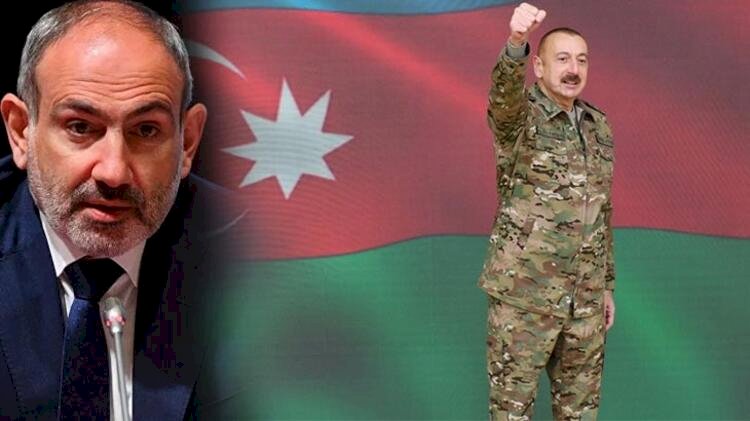 The nearly six-week-long war between Armenia and Azerbaijan ended with the announced agreement signed at night with the participation of Russia. The ceasefire started as of 00:00 at night.

"This is not a victory, but there is no defeat," Armenian Prime Minister Nikol Pashinyan announced on his Facebook account. In his speech to the nation, Aliyev said that the agreement was signed not because Armenia wanted it, but because of his iron fists. This defeat had become more evident for Armenia in the last few days. Especially with the acquisition of the city of Shusha, which Ilham Aliyev described as the "Jerusalem of Nagorno-Karabakh".

Although the tension in the region has continued with minor clashes since the ceasefire in 1994, it has not triggered a war process so far. The nationalist regimes of both countries continued to use this tension as a tool for domestic politics.

Today, it is possible to explain the progress of tension to a war degree with the spirit of the period. Turkey offered never-before-seen active support to Azerbaijan since the beginning of the war. It was even said loudly that the jihadist elements fighting in Syria were brought to this war. On the other hand, we saw that the drones, which provided significant support to the Sarrac government supported by Erdogan in Libya, took the stage in the Nagorno-Karabakh War. This will be marketed as a success story for the crisis deluged the AKP-MHP block in Turkey.

In particular, Aliyev’s indication that Turkey will also take place besides Russia as the peace force in Nagorno-Karabakh immediately announced by the partisan media of the Erdogan regime, especially the official agency Anadolu Agency. If this situation continues, Turkey will be able to see itself as the “boss” of Azerbaijan. However, the lack of reference to such a role in the text of the agreement reflected in the media may indicate that the government and its representatives were early happy. Putin, contrary to what happened in Syria and Libya; will not accept the presence of Turkey that easy in his domain, the Caucasus.

Putin, who became a natural side of the war due to his relations with Armenia and Azerbaijan, seems to be the real winner. Russia has not abandoned this image of "neutrality" until the last moment. Until yesterday, they did not speak to the progress of Azerbaijan in Nagorno-Karabakh, which was one of the most compatible regimes among the powers remaining from the former Soviet region, with which it had strong economic ties. On the other hand, it prevented the war from spilling over to the territory of Armenia, which has existed as the vassal state of Russia until today.

Russia lost nothing. On the contrary, Russia will increase its military presence in the region that this is the most reasonable outcome for Russia.

The loss of a war, of course, comes with a price for bourgeois powers. Depending on the course of the class struggle, while this price has brought itself against the ruling classes with revolutions in the past, alternative bourgeois focuses can be brought to the stage when the working classes are not on the scene as in Armenia today. With the announcement of the agreement, it seems that things will not be easy for Pashinyan, who came to power with the Velvet Revolution in 2018. Because, with the publication of the defeat, the videos in which people attacked the government buildings in the capital Yerevan spread on social media. Armenian Parliament Speaker Ararat Mirzoyan was also attacked by protesting groups on the street.

It is stated by the former presidents Serzh Sargsyan and Robert Kocharyan, who were pushed aside by the Velvet Revolution, would be effective in the new period in Armenia, and nationalist groups may increase their hegemony. In some social media accounts, it is stated that the crowds who raided the parliament and government buildings last night and were dressed in camouflage were personally organized by Kocharyan and Sargsyan.

This result will also please Russia. Because now Armenia will be more dependent on him than before. Since the day he came to power, Pashinyan has been trying to bring Armenia closer to the EU on the one hand, and on the other hand, he has been trying to establish a balance with Russia, which has had a strong influence in the country since its establishment. With regard to Russia's military bases in the country in an interview, he said "If we consider our relations with Turkey, I have no problem with the Russian military bases. The bases protect this border of our country, so we need them."

We have seen in many examples that the colorful revolution attempts were not welcomed by Moscow in the former Soviet countries. Although Russia did not declare an open opposition to Pashinyan, the investigations against the pro-Russian oligarchs, the legacy of the USSR, the increasing criticism of Russia in the Armenian public and media, and the activities of Soros-backed foundations increased the popular discontent. As a result, it will now be much easier for Putin to rebalance the domestic politics of Armenia. Despite all the expectations of Pashinyan, the lack of active support from Russia until the last moment completes this result.

Likewise, it should be noted that the USA and the EU during the election process did not provide the support that Pashinyan had expected. Ending the war before the Western powers is now another Putin's victory.

On the Azerbaijani front, for the Aliyev regime, the war means resolving a 30-year-old blood feud. Although issues such as corruption and poverty triggered momentary opposition movements for Azerbaijan from time to time, the regime could crush them with an iron fist before they grow. In addition, the Nagorno-Karabakh issue allowed the regime to unite the masses around a nationalist campaign whenever they got into trouble. The regime now has a victory in its hands, but the drunkenness of this victory will not last forever. Nationalist drunkenness is essential for the survival of rotten dynasties like Aliyev. There is nothing sweeter than a war victory for this corrupt regime that has sucked the blood of Azerbaijani laborers for decades. It is not possible for Azerbaijani workers to look to the future with hope without facing and fighting with the Aliyev dynasty, which has collapsed into all the wealth of the country and is steeped in corruption.

Just like the Middle East, the Caucasus has been a battleground of imperialism and regional powers for decades. The ceasefire will not instantly eradicate these ethnic tensions and conflicting processes. War, blood, and tears will be the inevitable fate of the peoples of the region, as long as the bourgeois forces rely on their survival on chauvinism. To change this, beyond a hypocritical peace; There is an urgent need for an alternative that will embrace all the oppressed and exploited peoples. This alternative is nothing but building the socialist Caucasus!

Interview with Cele Fierro on Pandemic, Crisis, Struggles and Left in Argentina.