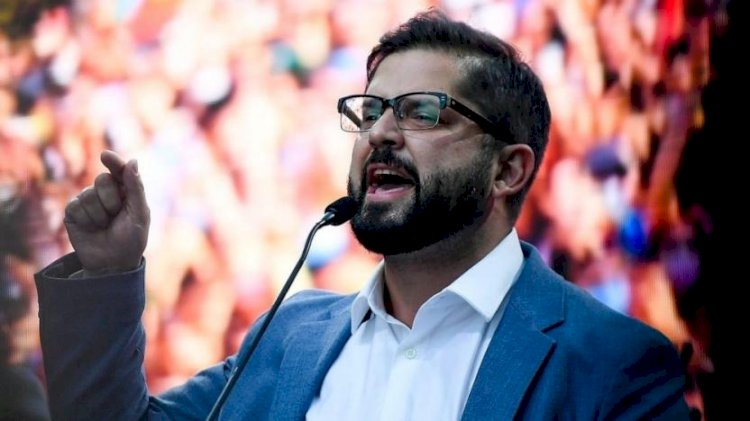 Since the beginning of the last century, when the social democrats claimed that socialism could be achieved through elections and parliamentary means, there was a big crossroads on the left. As a result, the social democrats gradually integrated into the bourgeois state. First, they surrendered to chauvinism through patriotic stories in the First World War, joined the militarism camp, and sent millions of workers and peasants to slaughter. After this great betrayal, the Revolutionary Marxists had to separate themselves from the so-called Marxists and the name social democrat. They were headed by Lenin. The October Revolution in Russia became possible mainly thanks to this separation. The social democrats were immediately turned against the October Revolution and the Bolsheviks. They were then brought to power by German capitalism to stifle the German Revolution. That famous social democrat Ebert and his supporters suppressed the Spartacus Uprising in Berlin and murdered our leaders Rosa and Karl. That's how their history started and so on. Their main task was to curb class radicalism and dissolve it in parliamentary-constitutional channels. They showed that they can get their hands dirty to save the bourgeoisie when appropriate. Syriza played the same role in Greece… After all, the division and rivalry between revolutionaries and reformists never ended and continues today.

When the leftist Gabriel Boric won the presidential elections in Chile, those old debates started again in Turkey. We come across a lot of people who call everyone to rejoice because the socialist(!) candidate won the elections. The Left Party's newspaper is one of them, for example. The issue is partly due to the broad use of the word leftist or socialist. Are we talking about the revolutionary left or the reformist left? There is no question that Boric is a reformist. So why should revolutionaries be excited about Boric winning the presidency! The "Socialist" label makes the situation look very different than it actually is because it is only a kind of "marketing tactic".

It is obvious that the circles we are talking about have not learned any lessons from the Syriza experience, which ended in a fiasco and betrayal a few years ago. If they will not learn from the Greek experience, what can they learn from? As a matter of fact, they do not have a problem learning or drawing necessary conclusions. Because their petty-bourgeois class position is suitable for such "socialism".

So let's take a look at Boric.

Boric was prominent as a leader in the student movement. He entered the election as the joint candidate of Frente Amplio, the representative of the "new left", with the electoral alliance consisting of the Communist Party, ecologists, regionalists, and the Christian Left. So what did these forces do in the rebellion in 2019? This is the main issue because, in the 2019 Uprising, the ground was shaken in Chile.

What happened in 2019 was a huge social explosion against privatizations, high cost of living, corruption, massive social inequalities, and the Pinochet regime. The protests, in which 36 people lost their lives, lasted for months and deeply shook the capitalist system in Chile. The Communist Party of Chile and Frente Amplio, on the other hand, initiated a "dialogue" process with the right-wing ex-president Pinera at the most difficult moment of the rebellion and offered their critical support for the system in Chile to turn this sharp corner. In particular, the CCP, with its power in the trade union bureaucracy, had worked hard to limit the actions of the workers.

Frente Amplio is a moderate left alliance designed to include even the Liberal Party. There are even names who took part in the first term of the right-wing Pinera government. Frente Amplio was founded in 2011 by Gabriel Boric and Giorgio Jackson, leaders of the student movement. They had also played a leading role in the dissolution of the student protests in 2011. In the uprising that started in 2019, they conducted social union negotiations with the CCP. The main skill of this “dialogue” was to save Pinera from resignation, extinguish the fire on the streets and channel all energy to parliamentary. Boric's Frente Amplio and CCP dropped the demand for Piñera's resignation from the agenda due to negotiations. They also refused to develop any assemblies or coordinating committees; They also rejected calls for a general strike that would unleash the immense power of the working class. But what did they do, just like right-wing power representatives, they condemned the violence in the streets. They supported Pinera in passing anti-protestor laws to criminalize radical movements. Hundreds of political prisoners are still in prison in Chile for their so-called involvement in violence.

As the candidate of the left, Boric won the elections against the far-right Kast. It was seen that the masses supported Boric in the face of the possibility of Kast being elected. During the election campaign, Boric had shifted to the right, closer to the center. The distance between him and the demands and spirit of the rebellion in 2019 grew more and more. It likewise diluted the demand for amnesty for political prisoners arrested after the uprising. Michelle Bachelet, Chile's first female president, and all the center-left free-market advocates also came to the fore as Boric's mentors. Bachelet and the Concertacion, which is considered to be the center-left, was the political force that ruled the country from 1990 to 2010 depending on the neoliberal agenda. Now, Boric is doing his best to reassure the markets by talking about financial responsibility. It is not difficult to predict how Boric will shape his cabinet. All moderate bourgeois politicians are prospective members of the cabinet, even the Christian Democrats.

The path that Chilean youth and workers must go is clear. Struggling to raise the class struggle again, never trusting Boric. The demands of the 2019 Rebellion remain as they are and are waiting to be won. Our revolutionary Marxist comrades from the ISL (Alternativa Socialista) are also steadily developing their powers. This is the happy and hopeful news from Chile. More power to them!

Statement of the Socialist Movement of Kazakhstan on the Popular Uprising