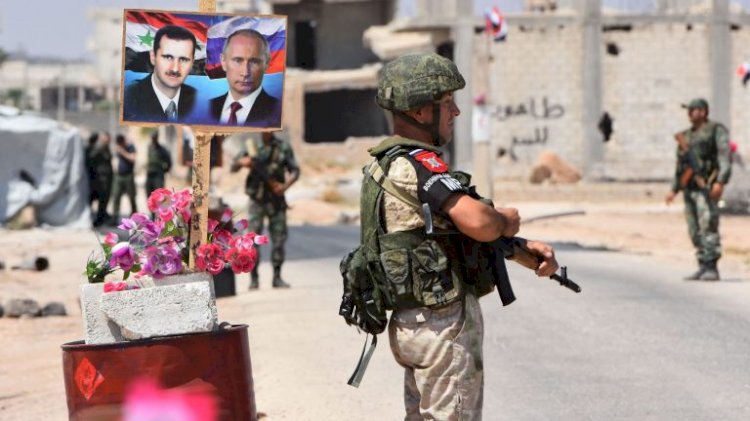 Islamist armed organizations under the auspices of the AKP government were defeated by the Syrian army in southern Idlib during August. With the support of Russian air and intelligence, the Syrian army was about to besiege critical districts like Khan Sheikh, Lataminah, Morek, Kefr Zita, and the last hope of the TSK(Turkish Armed Forces) was to save Islamic groups. This brought the possibility of a hot conflict with the TSK.

TSK's efforts to establish an observation point in the northern Khan Sheikh. Thus, the progress of the Syrian army would be prevented and the mentioned districts would be under the protection of the TSK. In order to prevent this move, the Syrian Army shot vehicles full of armed Islamists leading the TSK convoy and forced the TSK convoy to stand further north in Maaret al Numan.

While the TSK announced that 3 civilians lost their lives in the bombing, one of the opposition sources said that one of the dead was one of the leaders of the Islamist Faylak Al-Sham group from Afrin. Some sources claimed that the planes bombed near the TSK convoy belonged to Russia. In the critical development after that, a TSK F-16 fighter jet that went to protect the convoy was blocked by two Russian Sukhoi within 40 km of the Syrian border and forced to return. Thus, the AKP's efforts to reach the rescue of Islamist gangs in the south of Idlib were in vain. In addition, the observation point of the TSK near Morek was besieged and defused. All these delicate operations are handled by Russia through mediation.

Eventually:
1) The Syrian army has taken over the critical region in the southern Idlib. The defense lines of Islamist groups were broken.

2) The Syrian army proved that it has the capacity to move forward with the help of Russia’s air support. If Russia, which currently declares a ceasefire, does reverse its decision, the Syrian army will continue its march on Idlib. The signs of the deportation of Islamists to the Afrin region appeared.

3) Throwing its weight on Idlib, Russia showed RTE that the main boss in the region was Putin. It became apparent that the agreements between Russia and Turkey are on shaky ground. Erdoğan, who went to Russia, said that things were not as we wanted in Idlib and he accepted the situation and accepted Putin's superiority.

4) AKP's foreign policy which based on taking advantage of the contradictions between Russia and the United States shows its limitations. Putin is putting clamps on AKP in Idlib and it had been curbed by the US in Rojava before.

5) The AKP government tried to push its possibilities to prevent the fall of Southern Idlib. AKP’s military capacity is also became evident.

6) With the advance of the Syrian army, the influx of refugees started towards the border. The AKP is trying to use this influx to block operations in Idlib.

7) Iran was not on the field during the critical Idlib operation. The lack of Hezbollah and Shiite militia forces under the discipline of Iran, which enabled the Syrian army to advance in previous conflicts, is a serious slowdown for the Syrian army. It is reported that Iran and Russia conflict due to Israeli attacks on pro-Iranian targets, especially in Syria. The fact that Russia, which controls the Syrian airspace, does not prevent Israeli warplanes is seen as a reason for withdrawal for Iran.