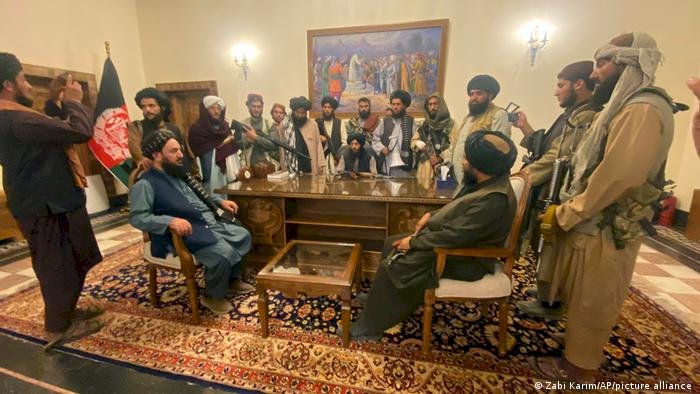 Unbelievable events have taken place in Afghanistan in recent days that no one could have predicted. Even the Taliban, who have seized power, is in shock. I think such games were played till the last minute that left everyone astonished. But the losers here were the USA and its allies, and again the people of Afghanistan.

Since the USA no longer has an enemy like the Soviets, it has become a strategy to slowly bleed the occupied areas and drag them into an inextricable crisis, and we have all seen this in Afghanistan, Iraq, Libya and Syria. However, if the Soviets were still in the area, countries like Afghanistan would probably be in a different position; the USA would do its best to economically strengthen the countries with its containment policy. However, when the Soviet Union collapsed at the beginning of the 90s, the USA wanted to create another enemy for itself, which it achieved with the events of September 11; then invaded Afghanistan.

Having completely fallen apart towards the end of 2001, the Taliban took refuge in Pakistan, an ally of the United States. However, it quickly recovered and returned with guerrilla war. The war, which began more seriously in 2005, became increasingly violent: suicide attacks that never been heard, have increased in Afghanistan. It was very clear and obvious where the support for the Taliban came from. Even a child could understand that the center of the Taliban was Pakistan, and specifically the city of Ketta. On the other hand, there is evidence that US and British helicopters dropped weapons and ammunition for the Taliban. I think the United States, on the one hand, kept the Taliban semi-active and managed the drug trade as they wished, under the pretext of “war with the Taliban", and on the other hand, the US wanted extremists to fill its place if it is to go one day. After the second world war, extremist religious fundamentalists have always been close friends of US imperialism, and no one can deny this. Thus, there would be a long-term instability in the region, and rival countries such as Russia, China and Iran would get their share from it. This plan of the USA worked smoothly until mid-August. But when Taliban militants took over almost all of Afghanistan in 11 days, the Westerners were shocked and soon realized that they had left the ground for their opponents. 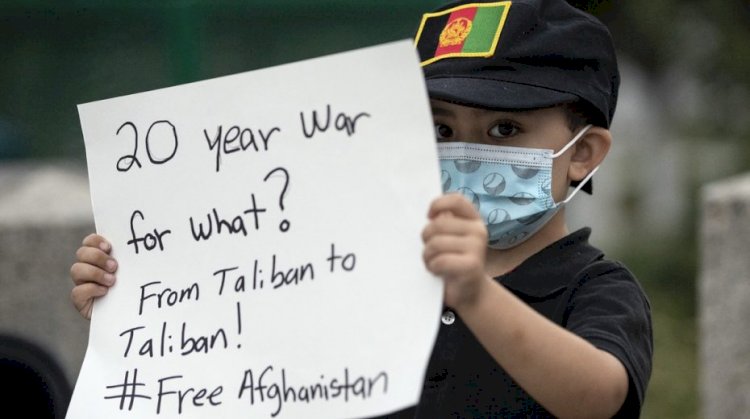 Let's go back a bit; I wonder what happened, then the USA decided to withdraw from Afghanistan with a sudden decision? I remember, even a few months before the "peace" agreements between the USA and the Taliban, the news spread that several helicopters were shot down. On the other hand, rumors circulated that the Taliban had highly technological weapons that gave them the advantage against the Afghan National Army on the battlefield. It was said that the weapons were supplied by Russia. When you think about it now, the truth of these news seems very possible. Saying "I'm back and I'm here" with a sudden engagement in the Syrian crisis, I think Russia has recently extended to Afghanistan as well; with the support of China and Iran, Russia tried to create a new Vietnam for the USA. In this regard, the visits of the Taliban to Moscow, Tehran and Beijing and the declarations of these three countries in favor of the Taliban, although they are traditionally hostile to each other, were surprising until a month ago. But now everything is slowly coming to light. Therefore, the USA, being aware of this, attempted to leave the region as soon as possible before it became even worse. However, while it was withdrawing, it did not want to leave the Taliban to his rivals, it left Afghanistan completely to the Taliban within the framework of a large-scale plan to please them. After all, the US must have thought it could control the Taliban through Pakistan. However, the USA has broken Pakistan's heart several times in recent years. For example, the US killed Bin Laden close to Islamabad without informing Pakistan, discredited Pakistan internationally, or cut a significant amount of aid to the Pakistan Army in recent years. On the other hand, in order to stifle China, the US started to establish close relations with India, which Pakistan would not like at all. Therefore, Pakistan, which has close relations with China, has a great share in shaping the surprise prepared for the USA. The anger of politicians in the USA and Westerners such as Germany, France or the UK is not because the Taliban has taken over, but because they easily left their influential areas in the region to enemies such as Russia, China and Iran with Biden's wrong policies. This is why the Westerners, who are confused about what to do, are making moves against the Taliban in the media as much as they can, and thus apply pressure on the Taliban to prevent forming alliance with their rivals. For this, the West speaks about human rights, women's rights. . . etc. However, if the Taliban acts as the Westerners want and take a stand against their rivals, they will surely forget about all human rights and speak of them as an angel.

So, what happens next, what are the possibilities?

Even the Taliban officials did not anticipate that the events would develop in this way, and Mullah Abdul Ghani Baradar, one of the leaders of the Taliban, admits this. The events shocked the Westerners and caught the Taliban unprepared. Therefore, a lot of problems lie in front of the Taliban now. First, the Taliban will strive to gain legitimacy not only in Afghanistan but internationally. For this, it will take pressure both internally and externally. In the international arena, on the one hand, it has to persuade countries such as Russia and China, and on the other hand, it has to satisfy the Westerners.

If Taliban gets too close to Russia and China, it has to face many embargoes and boycotts of the West: struggles with short or long-term economic problems and faces the danger of disintegration. If they turn their backs on Russia and China and turn their face to traditional ancestors, the West, this time Russia and China will strengthen the Northern Alliance and the Taliban is again in danger of disintegrating because they are hated internationally. Therefore, the Taliban has to find a balance between the West and the East, but that also looks tough. In order to gain legitimacy within the country, the Taliban must engage in a lot of activities. First, it must make some concessions to the anti-Taliban groups and get them into the government. On the other hand, millions of unemployed people have to find job. But if the situation continues as it is now, it seems that Taliban will not be able to gain success.

However, whether or not the Taliban succeeds in all of the above, most likely the future of Afghanistan will be as such…

The Taliban regime is recognized by countries such as Russia, China and Iran, the Taliban do not care about the West. In this case, the West also imposes embargoes and boycotts on Afghanistan, leaving the Taliban and Afghanistan in an economically difficult situation, then rebellions begin in the society. On the other hand, the Taliban increases its pressure on the society, and the experience of the 90s is back again. It tries to solve its economic problems in the short or long term with the help of China, Russia, Pakistan, Iran and Central Asia.

Another possibility is that the Taliban will reintroduce the West's discourse, such as women's rights or human rights, into society with some alterations.

Thus, it tries to benefit from the economic aid of the West. But in this case, it loses the trust of its 70-85 thousand ultra-radical soldiers who have "won the jihad". These elements, who set out from Pakistani madrasas to "make the Afghan people Muslim", cannot reconcile with human rights, free media or open-faced women; and they go join ISIS because they were “deceived”. This means that the country is dragged into civil war for a long time again. (This is probably what the US wants too!)

As a result, Afghanistan is likely to be plunged into a new chaos and a new war. The Taliban leaders, who have no experience in state governance, are educated only in madrasahs; they will soon see that they cannot govern Afghanistan. Even if the USA withdraws its troops from the region, it will try to take revenge on the Taliban leaders. For this, ISIS is still the trump card or it may produce a new jihadist organization. But the latest developments - although a little premature to say - mark the beginning of the collapse of the US empire. If the pandemic continues, we can argue that the USA will fall into pieces in a very short time, maybe then it will withdraw its hand from Afghanistan. However, it will take decades to repair the damage left behind by the United States. It takes many years to clear the individuals whose brains have been washed by Salafism from the society. And it is the duty of the leftist organizations and the intelligentsia in Afghanistan to carry out this repair and cleaning. Therefore, leftist organizations in the country should immediately recover and put themselves in order. It must learn from the mistakes of the past and immediately begin to organize the people; otherwise, the country's problem may continue for centuries.