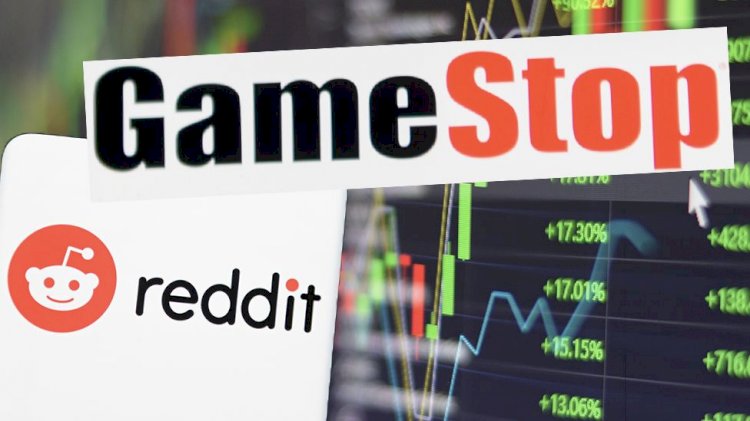 In the USA, the war that has developed between the billion-dollar hedge funds and a group of small investors united against financial giants has stirred Wall Street. The issue coincides with the idiom: the hunter becomes the hunted.

Hedge funds operate as mutual funds that manage a portfolio of various investment instruments in return for the money they collect from investors and are free from restrictions. These funds seek to obtain high returns for their investors by taking risks and by using speculative methods such as short selling. Hedge funds appeal to institutional investors and a bunch of billionaire investors because in the US, for example, an individual participant must obtain a participation certificate of at least $ 5 million to be included in a hedge fund. Of course, the effort to take risks and gain higher returns is combined with the need to manipulate the markets for this cause. Even the methods they often use, such as short positions, are nothing more than a chaos.
Hedge funds borrow from investors the shares of the company, which they anticipate (or will cause a decrease), in return for a certain rent, while taking a short position in the stock market. They try to profit from the difference by selling these shares for a higher amount and then buying them back for cheap. In other words, when it is necessary to return the shares because of a short position, if there is a decrease in the value of the original share, they will lose.

GameStop, which is a company that sells computer and console games in retail branches throughout the country, is at the center of the investment war. Citron and Melvin Capital were assuming that the shares of GameStop would become even more worthless, which has not adapted to a period that the gaming industry has become digital and e-commerce has become widespread, and announced that it will shrink by closing the branch and laying off workers in 2020. So, the expectation was the bankruptcy of the company. However, the company is in a position to collect half of the cash in its cash register and most of its shares in the market even in 2020; it is not at all on the verge of bankruptcy in the ordinary course of life. Hedge funds that open short positions are turning the opposite corner this time. When Citron and Melvin Capital's short position is announced on the stock exchange forum WallStreetBets of Reddit, small investors called an act to damage the hedge funds. They do not neglect to try to convince people to sell and not buy the shares, with comments from investor channels such as CNBC and Bloomberg that this share will hit the bottom and the company is worthless, as GameStop shares have increased significantly since the beginning of 2021. However, Elon Musk, one of the wealthiest in the USA, who had an account with Melvin Capital, who previously opened a short position for Tesla, also tweeted "Gamestonk!!" with the link to the WallStreetBets forum in 26th of January, the group is expanding. In the first month of 2021, GameStop shares rise from $ 17 to even over $ 400, thanks to small investors who are collecting the stocks that hedge funds have been short selling.

When the major actors of the financial market get hurt in the "free" market country, e-trading platforms such as RobinHood (RH), WeBull, Interactive Brokers, which are used by small investors without commission, stopped customers’ buying shares of GameStop in order to protect the US financial market. These platforms, which only allow the sale, reduced the share price a little, allowing Melvin Capital to close the short position with less loss. Melvin Capital, which has an asset of $ 13 billion, closes its short position by returning from bankruptcy with an estimated loss of $ 5 billion. Of course, this investment war is ringing alarm bells for the US financial market. The big starts immediately started to stir up a mess of manipulation. After the GameStop "dangerous precedent", maybe the issue of short positioning pauses for a while. However, with the effect of the crisis created by the pandemic, 45 stocks such as the restaurant chain Cheesecake Factory, Nokia, the cinema chain AMC, Blackberry stand on the list of vulnerable to the short position method.

Can Hedge Funds Be Defeated?

In the US, the hedge funds that symbolize the billionaire club and market greed have been on the target for a while. In the USA, public participation in stock market transactions is much higher and hedge funds have hurt small companies and small investors a lot through manipulation methods. So, is it possible to defeat them in the investment war like the GameStop case? Creating the GameStop example, hedge funds open very short positions at a very high rate and insist on a short position even if the stock price rises, ignoring the calls on Reddit. Such damage would not have been revealed if so, many mistakes did not overlap.

Let's talk about who can win in the stock market war.

In the USA, more than half of the households have a small investment in the stock market. 4 out of 10 American workers have joined savings and investment funds created as retirement plans by bosses or unions investing in the stock market. Because wages in the country have not increased for many years, and almost all services, from education to health, from retirement to transportation, are left at the mercy of the market. In other words, if you don't have money in the USA that means absolute hunger. For this reason, working classes frequently use investment tools such as the stock market as a means of increasing income. E-trading platforms that make transactions without fees have also made this job much easier. Billionaire investor Leon Cooperman, who said that people who took checks from the state as a social support during the GameStop war were using it to attack wealthy people, is not wrong at all. Indeed, during the pandemic, the people, who were unemployed and locked at home, had plenty of time and it was not clear when the jobs would open, the desire to earn money urgently in the stock market increased considerably.

In the USA, there is a reverse relationship between the widespread presence of the public in the stock market and the number of shares they own. The richest 10% of the country controls 84% of the shares in the stock market. In Turkey, people's participation in the stock market, more limited though, the situation is no different in terms of share ownership. According to July 2020 data, 24 thousand investors in Turkey, have 88% of the shares (each an average portfolio of 19.5 million lira), while 1.5 million small investors own only 12% of the stocks (each with an average portfolio of 43,000 lira). In short, if the stock market share prices are increasing, this increase is determined mostly by the movements of the big, not the purchases of the small.
In the example of GameStop, although small investors who came together using Reddit can inflict a loss on hedge funds pursuing cannibalism with extreme self-confidence.

1-This is a rarely seen case.
2- Those who buy GameStop shares at low initial and start the war will be profitable, while small investors who buy the shares at high value will ultimately lose. (For example, the shares of a Reddit forum writer who initially bought a $ 50,000 GameStop stake and called for other forum participants to buy, it has already worth $ 33 million. Even if he does not sell, for now, he will make an enormous profit even if he sells when it drops a little. If they buy shares at $ 300 and sell them too much, they will lose.)
3- If necessary, the financial market will find ways to declare manipulation punish, and prevent uniting and acting on social media platforms.

"You Cannot Sell What You Don't Have"

During the GameStop battle, Elon Musk tweeted accusing him of taking a short position saying, "you can't sell something you don't have". It is as if the appreciation of the shares in the stock market based on the claims of making money on a Mars journey whether it will happen or not, or to produce a new battery technology that will come to life is not like "selling something that you don't have"!

Capitalism is based on the enrichment of the rich over something they don't have: the laborer's sweat. In capitalism, it is nothing but the unpaid labor of the working people that makes the bosses wealthy. Of course, this is never enough for a capitalist. They indebt workers and take the benefit of it in order to sell their goods. It is not enough; They drink up the savings of small investors with manipulations in the stock market. Yes, the stock market is like a kind of casino. Hedge funds also have a big share in the functioning of the stock market in this way. As capitalism struggles with crises, it cannot find other solutions rather than speculation.

The following comment Marx made for the Revolutions of 1848 is a warning that, under the peak of the crisis, the capitalists should speed up speculation in pursuit of high gains and overlook the real dynamics of the crisis: