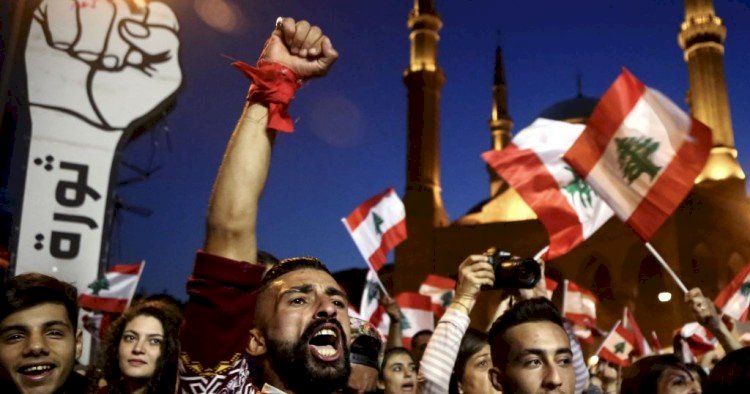 The website www.socialistmiddleeast.org, which has just started its functioning, will cover the class struggle and the other important developments in the Middle East to its readers with a Marxist perspective while at the same time trying to strengthen the revolutionary socialist forces in the region.

In this respect, the great social movement in Lebanon is of great importance for the struggle for socialism. Again, in this sense, Marxist organizations in the Middle East have great importance.

* Can you introduce your organization?

Our organization was found on august 2015 during the waste problems in Lebanon where many protests took place during summer 2015 as a reaction towards the authorities failure not only in waste issue but the failure in all matters related to the people life and basic needs. So, in 8 August 2015, many comrades who have a long previous experience together and know each other inside the Lebanese communist party. Where another struggle story was passed as we tried to take that party to the radical side and we were fought by the leaders as they used to say we are the opposition and other leaders used to call us “the revolutionary wing”. Early of year 2015, our group was outside the Lebanon Communist Party. So, mainly these was the circumstances by the meeting on 8 August 2015 where we decided to establish a group called “Youth against the system”.

Beginning of year 2016, we found that it’s necessary that the new established group shall transfer to a political organization which has its clear identity and view. We decided to start with a youth organization with the hope and view to develop to a political party. So, we started the build of our youth organization which called “The youth movement for change”. Although the name doesn’t reflect a clear identity and what kind of change. But by our speeches and political view , it’s very clear ; the needed change is full change of the system towards a new world, towards socialism. Our main slogan is : social justice and national liberation. When we speak about national liberation , it’s clear not related to nationalism in any kind. But we mean to be free from imperialism and capitalism and their tools like IMF and others. Sure, starting structure such organization is hard in the beginnings. But things comes encouraging during a revolution on our country with the believe that our organization is a need although the responsibilities and tasks increases on such periods.

*Lebanon entered from 2019 to 2020 with great social struggles, and the masses are still not pulled from the streets. On the other hand, we see that the economic crisis is shaking Lebanese capitalism. Can you describe the current situation of the struggle?

The struggle that started by huge demonstrations on 17 October 2019 that directly spread to all the cities and all areas in Lebanon as a reaction against new taxes by the government. Although on same day , the new taxes decision was canceled. But the people reply was very clear, it’s not only mater of these taxes but it’s 30 years of Disastrous policies. And the demands was very clear by requesting a deep changes on the economical structure. After around 5 months, and regardless of all the ruler parties tries to finish the masses. But the struggle is continuous and demonstrations haven’t stop. Last one was a demonstration by thousands in front of the central bank on Thursday 5 March. After that , demonstrations was postponed cause of the corona that started to spread on the country. Also in this issue, the people feel the weakness of the government cause of its slow reaction and the equipments lake. This will lead after a recession period to a new level of struggle especially after the people’s anger increase.