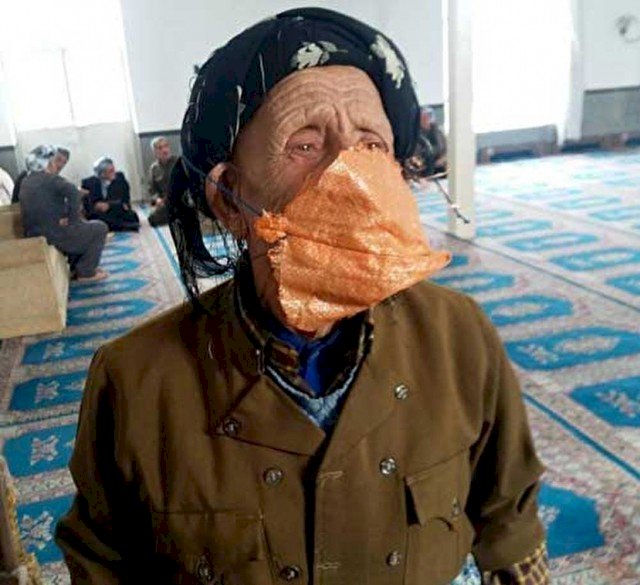 Interview with the Iranian Revolutionary Marxist Ghader Anari: How the Virus Became a Disaster for Iran?

-Why has pandemic become so devastating in Iran?

-Pandemic appeared in Qom city. Qom, which is the education center of mullahs, is an important pilgrimage place for Shia Muslims. It is said that the virus spread over with tourist from China. Every year, 20 million domestic and 2.5 million tourists from foreigner tourist visit the city. Due to this and Mullahs have strong political and economic authority, the epidemic was covered up, as they did not want to cut this huge income they gain from the religious tourism. Since the city is a transit point, it has spread all over the country via visitors. Instead of taking the city under quarantine urgently, the representatives of Ayatollah Hamaney campaigned to keep pilgrims visiting the city. The rumors were spread by the regime that the outbreak was a conspiracy of Iran's enemies.

-Could you inform us about the situation in Iran after the epidemic spread?

-As no precautions were taken in a very short time, the number of cases and deaths gradually increased. The epidemic was hidden from the public for a long time. During this process, people were advised to pray, and even as everyone knows, the ministers and mullahs were infected in a short time. Doctors, nurses and healthcare professionals also began to die. So far, over 100 healthcare professionals have died ,of course, because of the fact that they were not given proper protective health equipment.

About two week ago, Hasan Ruhani asked for $ 1 billion in aid for masks, ventilators, protective health equipment, etc., from Hamaney; but still no answer. While no measures were taken regarding public health, after the death of Kasım Süleymani, Hamaney had spent 200 thousand euros to organize activities by carrying his coffin all around Iran and Iraq.

Due to the inadequate measures taken by the state, people try to take their own measures. But so far, the state arrested nearly a thousand people who showed the reality on social media by videos to prevent the devastating dimensions of the epidemic. When no precaution is taken, the prisoners also escaped from the prisons of different in five cities including Tabriz. The most violent rebellion took place in Shiraz where 5 people died and 20 were injured.

-How was the economic situation before the epidemic in Iran, what effect did the American embargo have on the spread of the epidemic and the lack of measures?

-The economic situation in Iran was already bad before the outbreak. Due to embargo, the crisis in the automotive sector deepened as the parts cannot not be found anymore that caused the rate of production has decreased. Lately, the embargo on the oil sale is the main reason of the economic collapse. In addition to this, we can say that other sectors are will also be collapsing.

After the epidemic, the crisis deepened. Government thinks but do not say explicitly that if the epidemic in Iran turns into a humanitarian crisis, America may have to lift the embargo under the pressure of the world.

While Hamaney is living under quarantine under the control of private doctors with his whole family, poor workers are the most affected by the epidemic. Photos of people who have to make a mask from the sack are circulating on social media.

The health system has collapsed. The threat on the health workers' is serious. Therefore, the implementation of large-scale embargo, including health equipment, under the leadership of US imperialism, causes hundreds of people to die every day.

-In the previous months, the actions of the poor people against the mullah regime had been very effective in Iran. How did the epidemic affect the working conditions in Iran?

-According to official figures, almost four thousand people are said to be dead right now. However, it is not possible to believe this number considering the measures not taken and the manipulations of the mullah regime. A photo of mass graves was circulated on social media. There are estimates that the real number can be about 10 to 15 thousand. People try meet their needs by organizing local solidarity committees in many places. People in the Rasht prevent the cars come from Qom in order to spread the virus.

Unemployment and hunger have become fatal for the poor and the epidemic continues to spread as no precautions are taken for working people. Under the pretext of the epidemic, bosses try to eliminate workers' rights. Many factories were closed due to the epidemic and this period was extended for one month. However, there is no financial support for workers who cannot work.

-So, is there any worker movement against this situation?

-Yes, we can give examples of the workers in the Haft Tappeh sugar cane factory. They had not been paid for months. Although it was said that salaries would be paid before Nevruz, they were not. And now it is said that there will be no payment for another 3 months due to the epidemic.

Workers are preparing to take action to get their wages, but in this case, they are very likely to be prevented by the regime. Hasan Rohani calls on the workers to stay at home, but considering how many people have to live in the small houses, it is clear that such a call has no meaning. There are thousands of people who will starve if they do not work even one day. These people work in the worst conditions and the dirtiest jobs. Their lives have no value. If they die no one will care.

I also have to mention the bad conditions of Afghan migrant workers. As the Tumen lost value against the dollar, many turned back to their home. But there are still a lot of Afghan workers. They are forced to work in temporary jobs without any insurance. They can work in the most precarious jobs that no one prefers, such as porterage, and construction.

-Is there anything you want to add?

This epidemic turned into a disaster for Iran. The capitalist Mullah regime is spending billions for military operations to strengthen its imperialist power in the Middle East. This point was one of the main emphases in the revolts of the working class and young people. Today once more apparent that the regime is completely rotten and the pushing the people into misery in the face of the epidemic while the mullahs save themselves in wealth. On the other hand, because of embargo, the crisis deepens in the absence of protective health materials. The ones already used by the rich and mullahs or sold at exorbitant prices in Bazaar.

The Corona epidemic has once again proved that capitalist barbarism is a destruction for humanity, not only in Iran, but throughout the world. Yes, the virus threatens everyone, but working classes are more affected because of bad living conditions. There is only one way for humanity to get out of this hell. A struggle to be created with the organization of the workers in Iran and all over the world will be the main determinant of our future. Today we have to chant our slogan louder: “Socialism or Barbarism.”