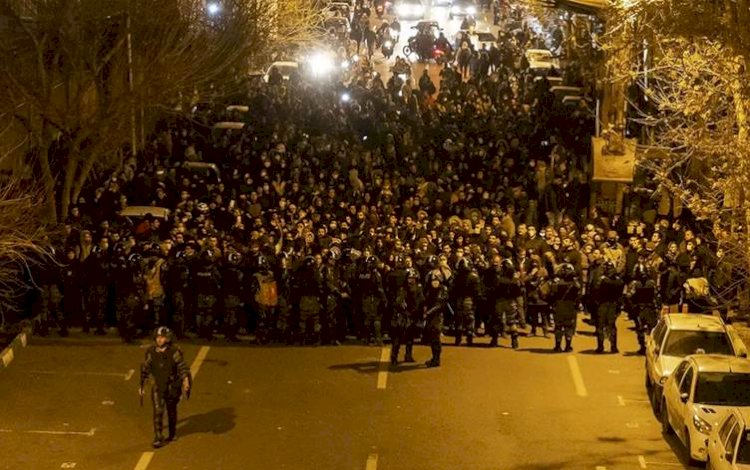 After the launch of a program called economic surgery by the Iranian government and the widespread increase in inflation, poor workers in Iran took to the streets again against the capitalist mullah regime. In the protest wave, which spread to 14 provinces and expressed a great outburst of anger against the Iranian regime, the people once again started a great uprising, almost risking death, with slogans against the regime and the government. Under the bloody regime of Iran, there have been many uprisings to protest the exploitation of the existing system, so far. 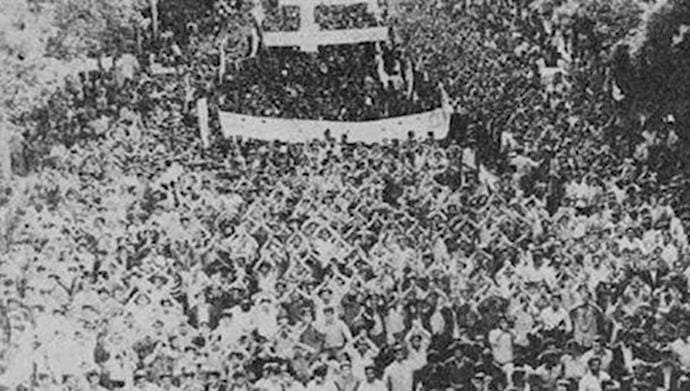 To briefly touch upon the origin of the rift between the mullah government and the people, we must return to the early 1980s and its culmination, June 20, 1981. When the people, organizations, and political parties noticed the totalitarian and reactionary ideas of the mullahs and the Islamic Republic Party and occupied the streets of Tehran and most of the important cities of Iran to protest these policies, the reaction of the Rouhani regime repressed the protests with blood repression of the protesters. After those fiery years, the ruling regime thought it had cleared the society of dissenters by arresting and executing more than 30,000 dissidents.

After those bloody decades, in the 1990s the hungry people of the city of Mashhad took to the streets against the high price of bread, this time is known as the Bread Riot, and again the government's response was nothing but murder. In the late 1990s and late 2000s, leftist students led a protest movement against government policies and were murdered at universities in Tehran and other Iranian cities.  Another riot of tens of thousands of people occurred in 2009 against the results of governmental elections causing brutal oppression, murder, and torture. Although Iran's capitalist mullahs suppressed society, a persistent tradition of stubborn struggle continued to exist in Iran. 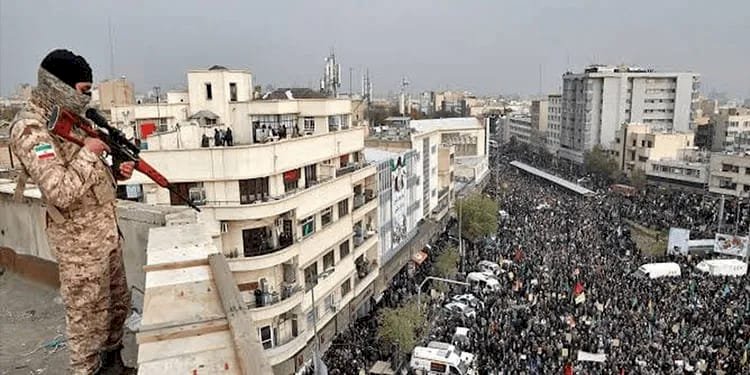 In the 2020s, the class character of the protests shifted towards poor and conservative sectors of society in 2017 and 2019, and direct class activism increased massively. There were a series of waves of protests, in which the conservative base of the mullah regime protested the poverty and chanted "Death to Khamenei!" This situation made it even clearer that the regime survived only by relying on guns. The action that took place in November 2019 was very important in this respect. Within days, more than 1,500 protesters were shot in the streets, arrested, and sent to prison. In July 2021, more than ten thousand workers went on strike with demands for payment of unpaid wages, improvement of working conditions, freedom of organization, and wage increase, revealing another serious class dynamism. The same barbarism of the regime continued in the water protests in the southern and central parts of Iran in 2021.

And now, after the announcement of “Economic Surgery” and cutting subsidies for basic necessities, rising inflation, and skyrocketing prices, the streets of different cities of Iran once again witnessed the presence of those protesting these oppressive policies. According to official statistics, the annual inflation rate in Iran is around 40%, but it is over 60% of the real rate.

The large sectors of workers in Iran, which have been sinking into severe poverty for many years, triggered a great wave of rebellion with these heavy hikes. Street protests arose in Khuzestan province and spread to other parts of the country. In other major cities, workers, teachers, and poor pensioners who have been vigorously struggling with widespread protests for the past two years have directly targeted capitalist mullahs with slogans such as "Death to Khamenei, the President" and "Death to the Dictator".

The government's first reaction to the people's just protests is nothing but repression, as it was in the past. The regime arrested and imprisoned members of the Writers' Association, translators, social activists, teachers, students, and those who aroused the slightest fear in the hearts of the ruling class in general, on ridiculous allegations. Among those arrested are Keyvan Mohtadi, Anisha Asadollahi, Reza Shahabi, Jafar Ebrahimi, Mohammad Habibi, Rasoul Bodaghi, Narges Mansouri two French nationals, and Cecil Kohler, head of international relations at the National Federation of Education and Cultural Studies (FNEC FP-). FO and his wife, Mr. Kohler, who is a member of the same federation, stated that they went to Iran as tourists, not on behalf of the federation.

The invariable policy of the ruling regime against the protests of the Iranian people has always been repression, but it should not be forgotten that such actions could never end the just struggle of the oppressed peoples throughout history. However, in order to break the spiral of revolts and suppression, a great task to establish the revolutionary must be accomplished. The revolutionary party is vital only for the overthrow of the regime, but for a socialist Iran as a part of the Socialist Middle East Federation. In order for this party to be established, revolutionaries outside of Iran must support the struggle within the country by various means. All these organized forces must be connected to an international organization. When the stubborn and deeply rooted revolutionary tradition meets this level of organization, the fate of this geography will be written from the beginning.

“Let the ruling classes tremble with the fear of a communist revolution. The proletarians have nothing to lose but their chains. There is a world to gain. Proletarians of the world, unite!”

How to Position in the Ukrainian War? Some Mistakes… – V. U. Arslan