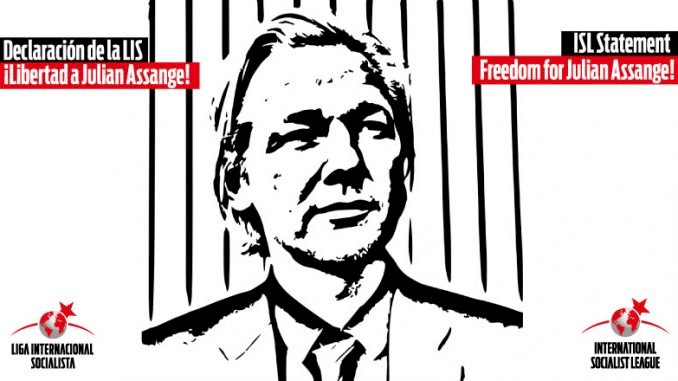 In 2010 Assange, the founder of WikiLeaks, exposed the war crimes, murders, torture, surveillance and diplomatic conspiracies of the US and other imperialist powers against the civilian population. His exposure of the crimes of imperialism shook the world. After that day, US imperialism has been following Assange. Their aim is to take Assange to the United States and lock him up in a prison cell from which he can never get out. With this, no one will dare expose the darkest crimes of imperialism again.

Assange took refuge in the Embassy of Ecuador in London in 2012 due to conspiracies that chased him and had to spend exactly 7 years inside the embassy building. As soon as Lenin Moreno won the election in Ecuador, coming to power with a so-called left-wing platform in but actually being a neoliberal public enemy, he withdrew Assange’s right to asylum and gave the London police the opportunity to arrest him immediately. The Foreign Ministry of Ecuador also suspended the citizenship rights granted to Assange. At present, a fake court is being held in England for the extradition of Assange to the USA. It is striking that even Amnesty International and Reporters without Borders were excluded from remote access to the trial. These scandalous obstructions reveal how fraudulent the UK courts are. It is clear that freedom of expression and the public’s right to information are being trampled.

The ISL calls the working class, youth and oppressed peoples to support the struggle for the defense of Assange.

From Narodism Until the Present: Petty Bourgeois Radicalism and Armed Reformism