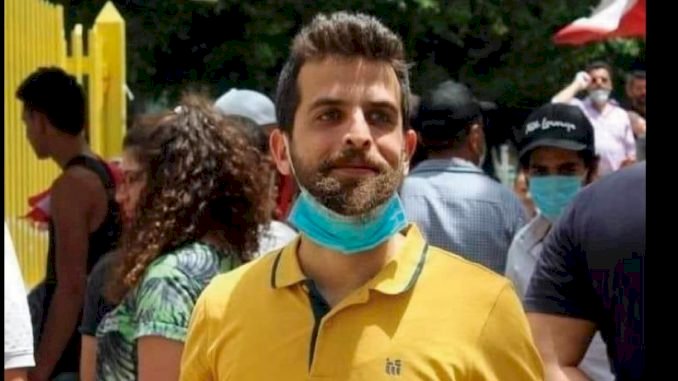 On September 10, 2021, we were shocked by the news of the finding of comrade Faisal Sfeira with a gunshot wound to the head that led to his death.

The comrade spent his youth as a fierce fighter in the issues of Lebanon and was recently engaged in judicial and political battles against the corrupt and the big ruling mafia through the “Ouaa” group, which he founded in 2019 in order to confront corruption and prosecute the political authority and in order to build a more just system for the poor.

The comrade was an outstanding leader, and we met with him not only in the streets but also in politics, thought and organization, as he was a key partner in building the Youth Movement for Change and aspiring to work internationally because of his conviction that the struggle against capitalism and confronting imperialism is a global confrontation that transcends borders.
With his departure, we lost a fierce fighter against the oligarchy and the ruling system in Lebanon and a defender of Palestine and the rights of its people.

As we mourn comrade Faisal Sfeir, head of the “Ouaa” bloc, we call on all national and revolutionary forces to consider him a martyr for the sake of liberation and social justice. We reject all unreliable narrations and call for a scientific and criminal investigation of the scale of the crime, and we reject every investigation from any agency unless it inspires confidence and provides evidence for its narration.

We pledge to our comrade to continue the struggle until we achieve all the common goals.