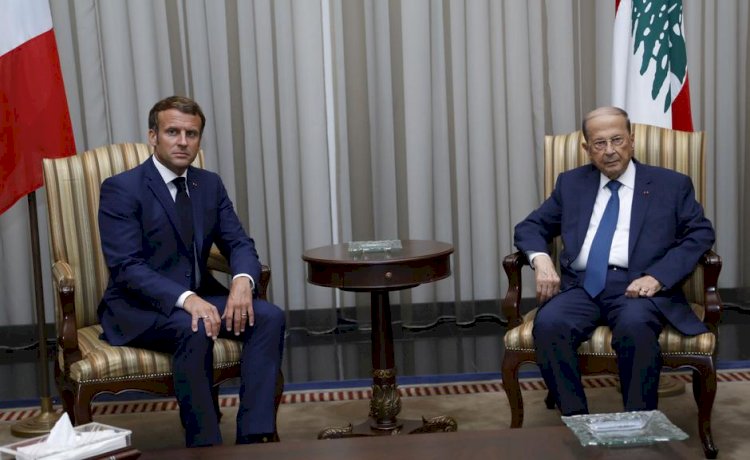 The political crisis in Lebanon is deepening after the recent disaster in the capital Beirut. Lebanese laborers who have not left the streets for months despite the Covid-19 epidemic due to the great economic collapse; blames the country's political elite for the explosion. As the facts about the explosion were revealed, it became clear that the people of Beirut had lived side by side with such a large explosive material for years and the necessary precautions were not taken.

#Beirut took streets with anger demanding revenge for a deadly explosion in the capital. they blame on their own government.
Four Lebanese lawmakers have resigned. pic.twitter.com/8zGB487tlY

Since yesterday, the protests in the country have been covered in blood. According to the latest information in the press, it is stated that 172 people were injured. In the images reflected on social media, it can be seen that the army used intense violence against the demonstrators with the gunshots, gas and rubber bullets.

The army burutally oppress the protestors who took all the streets today. #Beirut #lebanon #beirutprotests pic.twitter.com/9NLICTclra

While the Economy and Environment Ministries were taken over by the masses yesterday, buildings were burned down and official documents were thrown down from the windows. On the other hand, a group led by retired soldiers attacked the Ministry of Foreign Affairs and declared it the center of the revolution. The masses occupying the Ministry burned President Michel Avn's picture. The protestors gathered in the Martyrs' Square of the capital, Beirut, set up representative gallows and symbolicly noosed the pictures of Parliament Speaker Nebih Berri and Hezbollah leader Hasan Nasrallah.

After the protests escalated, Lebanese Prime Minister Hassan Diab called for early elections to get the country out of crisis. Diab said that he would discuss the early elections offer with his ruling partners on Monday. Today,  Minister on Information, Menal Abdussamed, resigned, mentioning that there was nothing left to meet the expectations of the people. 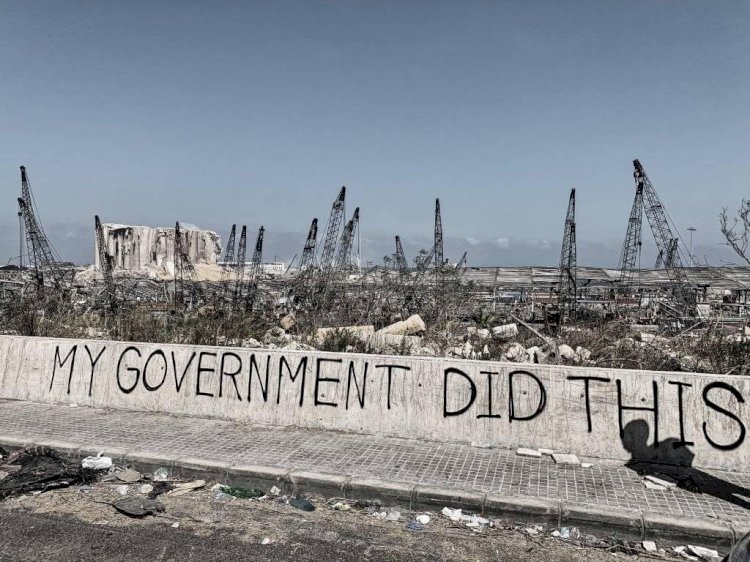 After the deadly exploitation in Beirut, it is clear that the Lebanese rulers, who are already in a great economic and political crisis, cannot remove the wreckage alone. While it is stated that the explosion has cost an economic destruction of 10-15 billion dollars, the political bill of this will be much heavier for the ruling classes that shows itself with the actions that have taken place since yesterday. The Lebanese poor working classes have no confidence in political leaders that have exploited ethnic and religious distinctions for decades.

However, it remains unclear how a new alternative will shape in Lebanon. The protest movement is mostly spontaneous and unorganized. As the masses come together by breaking down the political barriers that have imprisoned them in certain neighborhoods divided by sectarian identities for years, the movement is becoming more radical with each passing day; For there is no greater disaster left for the Lebanese working classes. Decades of civil war, endless imperialist rivalry over the country and the clash of its local actors, severe economic depression, hunger and poverty, pandemic and finally, almost the biggest explosion in the world since Hiroshima and Nagasaki ... Getting over this huge crisis is exceeding the limits of the Lebanese ruling class.

The imperialist powers are also aware of this situation. Indeed, France, which saw herself as the "grandmother" of Lebanon after the explosion. France, which colonized Lebanon between 1920-1943 after the First World War, did not hide its interest with the visit of President Emmanuel Macron to Beirut. In an interview with French news channel BFM, he said if France did not play its part, “that is of a power that believes in multilateralism and believes in the interests of the Lebanese people, other powers may interfere whether it be Iran, Saudi Arabia or Turkey.” And he mentioned that these countries are detriment to the Lebanese people and they would do it for their own geopolitical and economic interests. Macron's statements signaled that a competition of imperialists will take shape in Lebanon in the new period. On the other hand, a petition campaign was launched in Lebanon demanding that "the country be governed by France for 10 years". It is seen that more than 60 thousand people have signed the campaign so far.

After the other hand, Turkey also wants to take his place in Lebanon  in debris. Yesterday, Minister of Foreign Affairs of Turkey, Mevlüt Çavuşoğlu, offered Lebanon to use Mersin Port temporarily. What is more interesting is that Çavuşoğlu said, “We also stand with our kin, the Turks and Turkmens in Lebanon and around the world. We will grant Turkish citizenship to our brothers who say ‘I am Turkish, I am Turkmen,’ and express their desire to become a citizen,” Çavuşoğlu said, referring to ethnic Turks who have lived in the region since the 11th Century.  It showed itself with these words that the AKP will try to intervine in Lebanon with chep populism just like in Syria.

France and Turkey is noteworthy in Lebanon that bothMacron Cavusoglu prefered to talk to the Lebanese people instead of  Lebanese politicians. Because, the corrupted regime of Lebanon is not legitimate for Lebanese people.However, the Lebanese sectarian regime is weak and not likely to create an alternative from itself and it is not very surprising that to see that Lebanon will be the competition arena of different. Moreover, the Lebanese people can also see how the imperialist rivalry has wreaked havoc on Syria and Libya and that would be the fate of Lebanon, which has a complex demographic and political structure.

It is clear that hard days are ahead of the poor Lebanese working classes. They have to navigate in the midst of severe economic and political devastation, and they can only achieve this with the support and solidarity of the poor working people in the Middle East and the world. The bankruptcy of the bourgeois order in Lebanon is not the only example of the Middle East. Turkey, Iran, Iraq, Syria, Palestine ... the Middle East needs a total re-build and this can only be created with the Socialist Federation of the Middle East.

Stand Up Against Violence Towards Women: ISL Campaing for Solidarity with Women...