SEP Statement about the Turkish Republic Day: Forward for a Socialist Republic and World Revolution! 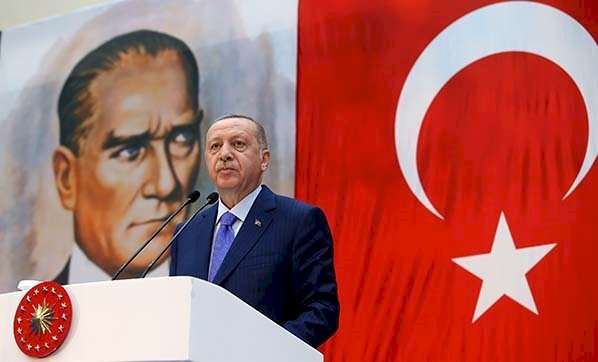 Today is the celebration of the 97th anniversary of the proclamation of the Republic. In fact, what is celebrated is nothing else but the ghost of the Republic, which was declared in 1923. The notion of the republic alone does not mean anything politically, what essentially determines its character is the class relations, and its content is filled by and for which class it exists. Now, after the regime change, Erdoğan led, it is called the second Republic. However, you call it, from the first to the second, the main winners of the Republic were not the poor working, but the big capitalists who were raised step by step. If there is anything inherited from the republic, to which many people attribute progressive meanings as a light against the darkness, it is only the Koç’s, Sabancı’s Holdings (the capitalists, derived from the heart of the bourgeoise republic.) and their exploitation

for almost a century. So, there's nothing more natural than celebrating the republic by posting emotional videos on their Twitter accounts!

In order to protect this republic, the capital has not hesitated to support the bloody military coups and massacres and trampling on the facts such as democracy and human rights, which they constantly emphasized when working people stand up. Emotional advertisement videos released by the capitalists will not make us forget these horrific facts! The laborers will not forgive those who backed almost every kind of repressive regime from September 12 (the date of the coup) to the Erdogan regime for their dirty interests!

It Is the First Republic That Created the Erdogan’s Republic!

Of course, today, the regime embodied in Erdogan is putting the first republic in value. Especially secular-social democrats and some nationalists are angry with the Erdogan regime for liquidating the republic and trampling secularism. Some left-wing parties also join this choir in order to protect the “gains of the republic”.

However, the main point that is often forgotten is that the First Republic, which is remembered with longing, carries the main responsibility for the creation of the AKP darkness. The Republic, whose achievements are mentioned, is such a republic that laborers have been deprived of their most basic rights such as organization and strike for decades, and even the celebration of May 1st in the streets was prohibited until 1976. The oppressed peoples, especially the Kurdish people, were abandoned to policies of oppression, destruction, and denial; Stiff bourgeois democracy and the most fundamental human rights were not hesitated to be violated when it comes to the security of capital.

After the revolutionaries and opponents that were destroyed by coups, their place was filled with Islamist sects and cults that paved the way for the AKP dictate. The "republic" that sent the Deniz Gezmiş (historical revolutionary youth leader) to death paved the way for the Gül’s and Erdogan, who laid the foundations of the current regime. Therefore, there is a continuity between the first Republic, which hanged revolutionary Erdal Eren in his 17, and the second republic which killed and deemed Berkin Elvan, Ali Ismail, Uğur Kaymaz, Ceylan Önkol as terrorists after they slaughtered them on the streets.

Of course, we will fight for the republic, but this will be the republic of the working people unlike before! The republic of the laborers will be free of exploitation, and will not be for one percent of society but everyone shares the wealth equally and fairly! A republic under which the oppressed are not suppressed anymore, and their identity, language and culture are not ignored! A republic where women are not oppressed and where sex and gender equality prevails! A republic where young people are not dragged into the spiral of unemployment and futility, and where they can look to the future with hope! A republic where children can play freely on the streets without fear of harassment and rape and their education rights are not taken away!

The capitalists could not and will not be able to provide this republic! Their republic can only give us exploitation, blood, and tears. However, the only thing that can guarantee our future is to unite the laborers of all countries for the world revolution and to wage war on imperialist capitalism; It is a socialist republic that struggles for the abolition of classes and borders.

Join the struggle with SEP for a socialist republic that will lead the world revolution!