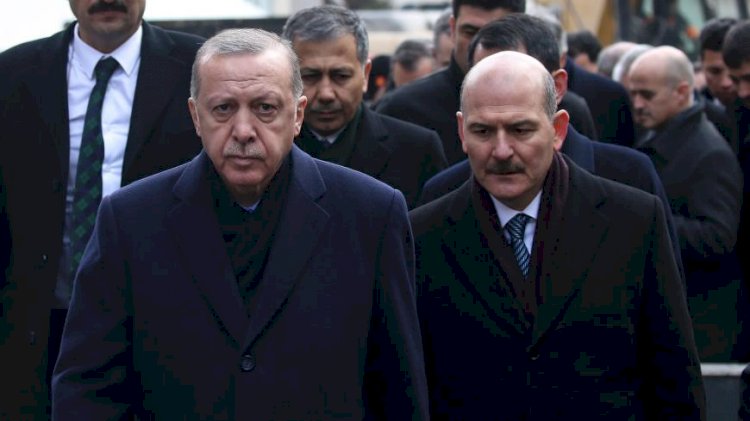 Gangization, corruption, illegal state organizations targeting the opponents, cults, fascists, and various dark operations… These are the feature of the system of Turkey that has shaped the basis of the exploitation system in Turkey from the very beginning of the bourgeois republic. However, these have reached its peak throughout the AKP rule and have become the main functioning of the order from top to bottom, today.

The revelations of the gang leader Sedat Peker, with whom they used to suppress social opposition until today and had their dirty work done, revealed the wide corruption.

The corruption-taking place in Turkey today is greater than ever. While billions of dollars of loots of the holdings, which are called as the “The Gang of 5”, are done under legal covers, it is not known how this money is actually shared by whom.

Süleyman Soylu,the Interior Minister, in a way, has accepted the corruption of December 17-25, which he tried to deny by talking about the money counters of the previous Minister of Internal Affairs Muhammer Güler’s son, in the live broadcast. But, this time, we are talking about the biggest corruption period of the country that bounded politicians, mafia and media.

In an environment where the judiciary and the police are under absolute control of the AKP regime, dirty work involving the ruling class is free from investigation. As a result, what we have been seeing is an internal war between different cliques within the AKP regarding the sharing of the enormous profits that scatters the filth around. The mafia leader, Sedat Peker has been confessing and claiming murder of a Cypriot journalist, rape, confiscation, a raid into a media building, extrajudicial executions, and put parliamentarians on the payroll…

We see that is the enormous amount of money from arms smuggling, and people and arms turned the fight into an open war. Thanks to this internal war, all these dirty relations came under the light and revealed that even the highest positions of the regime are involving in these affairs.

All these scandals are erupting in a time when millions of people are pushed below the poverty and starvation line every passing month. As laborers, we must not forget that this dirty wheel grinds us and steals the future of our children. We should not forget that the brave opponents who want to stick to this wheel have been targeted by the same crew of thieves and murderers from past to present. We must not forget that our democratic rights and freedoms are targeted for the continuation of this rotten order.

We have to settle accounts with these eaters who plunder the country with aggressive nationalist discourses. This reckoning is inevitable if we want to have a humane future.

What we have to do is organize in the socialist ranks and prepare for decisive fights. Nothing will change in our lives with the rightist/establishment parties, each of which has its own interests and looting networks. However, a handful of ruling thugs and their partners, the capitalists, are nothing to us, the laborers. As long as we get organized, as long as we raise the class struggle against this rogue exploitation system. Then it will be possible to establish a new country and a new world.