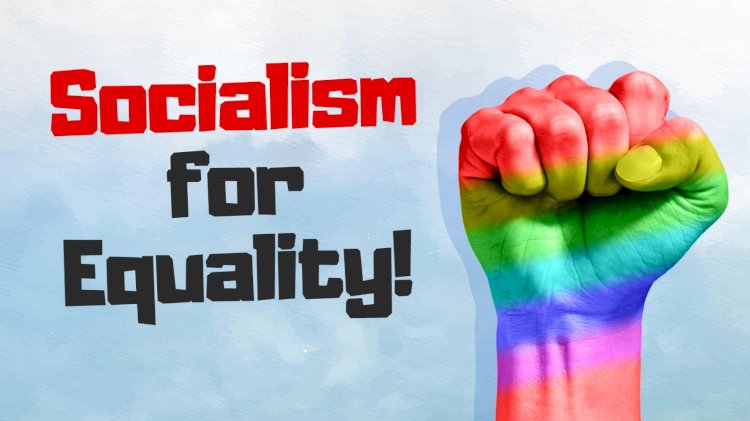 There is no right to life and equality for LGBTI people in capitalist system because the interests of the capitalists needs the rejection of all differences. Capitalism is established on the heterosexual family as an institution, in which woman and men oppressed and exploited. By this, the gender roles determined and the capitalism works. The gender roles defined around capitalist interests can only be demolished by the destruction of capitalism. For a revolutionary LGBTI movement, we have to fight against exploitation, oppression, violence and discrimination keeping in mind that sexism and discriminaion survives thanks to capitalist exploitation.

A real class consciousness can only be possible by seeing the relation between the interests of capitalists and oppression. So, revolutionary struggle needs to unify all oppressed under the red flag of socialism. Different from the the identity politics, socialists defends that only a united class struggle can solve the oppression problems. We have to fight against the rainbow capitalism that is nothing but a hypocracy.
Capitalists, imperialists and liberals only use the rainbow to mask their real face of oppression of exploitation.

LGBTI people and all identities need not only a life without sexual oppression and discrimination but also a humane life. Socialism is the only way to make this possible. The working class struggle should unite all the oppressed against capitalists!
Starting from today; We need a class struggle front, in which we combine our struggle for equality and freedom with a struggle for dignity.
With the spirit of the Stonewall riot, a revolutioanry LGBTI struggle urgently needed!