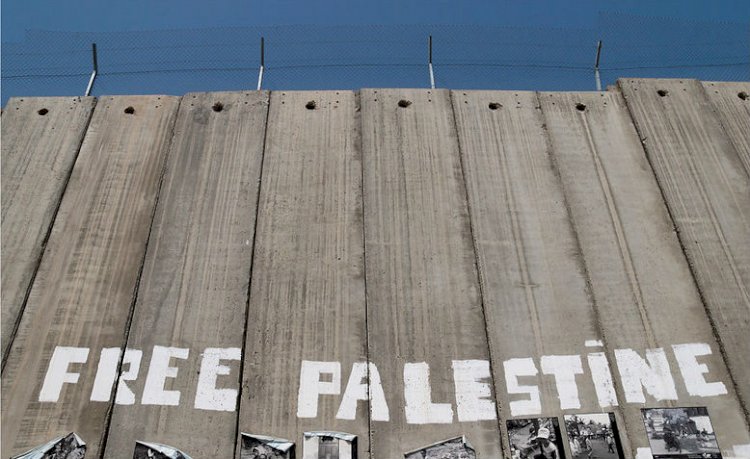 For many years, Israel has gone from war to war and to slaughter Palestinians. The Israeli-Palestinian maps, which have changed dramatically over time, will come to light in the eyes of all concerned. When we come today, the Palestinians have left small islets that are disconnected from each other. Poverty, oppression, endless violence, and war are here to stay. Millions of Palestinians were driven out of their country. Supplementary Jewish migrations and Jewish settlements, which were constantly being built, continuously disrupted the population structure in Palestine in favor of Zionism.

The "great powers" and despotic Arab regimes in the region have always sided with Israel. As the years passed, Israel neither accepted the 1967 borders nor actually agreed to a two-state solution. And it always wanted war because it was strong, it had powerful allies, and the Palestinians have always left alone.

Silencing what has been done to the Kurds and crying for the Palestinians is major hypocrisy. There is nothing to be discussed and forgiven in this. The reverse is also true. It is also inconsistent to defend the rights of the Kurds and not to be in solidarity with the Palestinians. Our friends from the Kurdish national movement must be sensitive in this matter. If you look at the issue with a "national interest" reflex, one simply becomes a nationalist. There are also those who look at the issue from the perspective of secularism and remain distant from the Palestinian cause because of Hamas. An understanding of secularism that fails to learn to look at life through the eyes of the oppressed is doomed to lose. Moreover, Palestinian resistance organizations are not just Hamas and Islamic Jihad; Organizations such as El Fatah, People's Resistance Committees, The Popular Front for Liberation of Palestine (PFLP), Democratic Front for the Liberation of Palestine (DFLP) have a great response among Palestinian people.

Socialist Middle East  is The Only Alternative

The slogan "From the river to the sea, Palestine will be free" is very popular in socialist circles, but let's ask how such a Palestine will be possible? What do we say about this? What should socialists propose and do for the liberation of Palestine other than to curse Israel?

In terms of defending the legitimacy of the Palestinians, exposing pirate Israel, and giving the oppressed nations the right to self-determination; at the principal level; A democratic Palestinian state, united and in which Jews also live indiscriminately, must be defended. Whether it is a democratic revolution, negotiation table, or national liberation, democratic solutions, which do not dissolve capitalist property relations, have never brought about a real solution. Negotiation tables led by the imperialists have always been a trap for Palestine. It's very clear here. On the other hand, due to the terrible inequality between powers, it is not possible for the Palestinians to crush and liberate Israel by armed struggle.

So, how will Palestine be liberated? There is only one way out, and that is a tornado of socialist revolution across the region. Palestine can only be liberated with the help of tornado of socialist revolution that overthrow dictators in the Middle East. It is not possible for Palestine to defeat Israel in any other way. Palestine will not be liberated without major upheaval and great storms, and there will be no significant improvement in the lives of the working classes in the whole Middle East. For this reason, the struggle for the liberation of the oppressed Palestinian and Kurdish people is linked to the struggle for equality and freedom of the Middle Eastern laborers.

In the recent period, there is no need to go back to the ancient history, the Middle East has been shaken by powerful popular uprisings from Egypt to Tunisia, from Iraq to Iran and Lebanon. In other words, nobody can claim that the objective conditions are not suitable for uprisings and revolutions in the Middle East. Already new ones are just around the corner. But the previous uprising experiences have also shown that a bourgeois-democratic content cannot win a victory over corrupt despots. Neither job, nor democracy; neither welfare nor human rights; neither a good future nor secularism; neither women's rights, nor the fraternity, nor peace can come without abolishing capitalist property relations.

On the other hand, "international socialism" is the only unifying way out of the peoples against ethnic, religious, and sectarian strangles. It is the only future alternative for the working class against exploitation, unemployment, and poverty; it is the only means of freedom against dictators; it is the only way to a bright future against religious fanaticism. Therefore, once socialists can show themselves, laborers and young people will flock to them. And this time, popular uprisings will be more conscious, more organized, and more daring. It is no coincidence that uprisings limited to the democratic program against dictators are stagnated. The effort to create a socialist tradition that combines the class-origin revolts of the working class and the poor people with the perspective of power is the only programmatic content of today's revolutionary struggle. The crystalline version of this is the Socialist Palestinian state that will take place in the Socialist Middle East Federation. This program is also valid for a united Socialist Kurdistan.

The socialist left of Turkey, on the other hand, still adopts the stagist democratic revolutionary program, perceives life around national programs, and furthermore, it is gradually breaking away from the class perspective and shifting towards identity and cultural politics.

However, besides Kurdistan, there are necessary opportunities to create revolutionary socialist centers in Iran, Iraq, Lebanon, and North Africa. With this perspective, the ISL has made significant progress in Lebanon. These efforts continue from Western Sahara to Iraq, Iran, and Tunisia. In the past, when Mubarak was overthrown in Egypt, socialist youth were promoting the Palestinian cause and created great energy despite their limited means. The Sisi coup crushing the mass movement in Egypt halted this maturation, but there were signs of what kind of wind the class-conscious masses would create.

In short, we cannot defeat imperialist capitalism without the perspective of the socialist Middle East and permanent revolution. National and democratic programs are waiting to be sent to the trash. The real antidote is anti-capitalism, internationalism, and Bolshevism.

ISL Declaration: The Zionist State will be destroyed and a socialist Middle East...