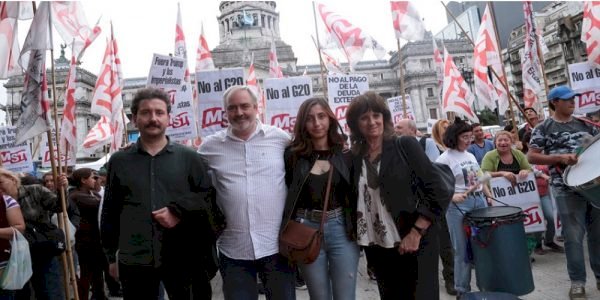 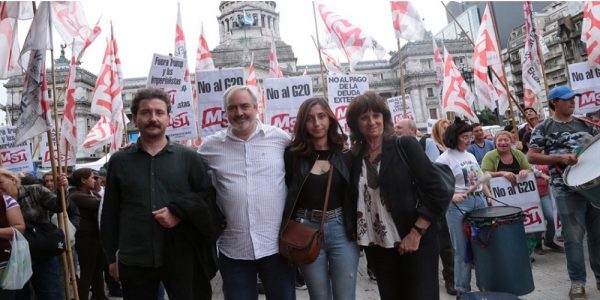 An Interview with SEP represetatives done by MST in Argentina:

The working class in Turkey is facing the severe consequences of the capitalist crisis. In April and August, the Turkish economy suffered two currency shocks. In October 2017 one dollar was worth 3.70 Turkish Lira (TL). By October 2018 it was 5.60TL, after a reaching a peak of 7.20TL in August. This forced the Central Bank to raise interest rates from 18% to 24%. In addition, Erdogan was forced to step back from tensions with the EU and the United States. The currency shock and higher interest rates will force the economy to shrink rapidly and Turkey will spend 2019 in recession.

Although the AKP government fiercely denies the existence of the economic crisis, the situation is too obvious to be denied. For example, automobile sales have fallen to the levels of major economic crises in 2001 and 1994. Erdogan gets annoyed when such figures are announced. When inflation rates were announced in September, the head of the state statistical institution was dismissed. Because the figures indicate that inflation in September has increased from 17.9% to 24.5%. This inflation rate made last month’s hike in the interest rates ineffective.

High inflation and low growth means stagflation, which describes Turkey’s reality. The AKP hates the fact that this truth cannot be concealed, because its main hegemonic discourse is based on “economic stability” and “growth”. They say economic crises and high inflation were indicative of the “old Turkey” and were left behind by Erdogan´s rule. Therefore, the AKP presents the economic crisis as a conspiracy that means to prevent “the rise of Turkey”. To convince people of its “strong Turkey” propaganda, Erdogan had created artificial crises with the USA, the EU and Israel. In all of these international crises, he ended up being the one who stepped back.

Turkey also has a very large foreign debt, $486.67 billion, more than half of its GDP, at the end of August 2018. The private sector’s share in this debt stock reaches 70%. As a result, thousands of companies are on the edge of bankruptcy Even the largest capitalist groups are applying for debt restructuring to banks. Naturally, a boom in unemployment will be inevitable. The first signals of this situation have begun to rise. At the same time, there is a large increase in the cost of living. Basic food items are more expensive than the previous year by at least 50% on average. Electricity and heating prices have also increased by more than 50%. It will be difficult winter for working class families. Erdogan will wait for the March 2019 local elections to pass and then most probably request financial aid from the IMF. It is certain that, after the elections, the AKP government will start to implement social cuts, which will increase the poverty.

The crisis has complicated the elections for the AKP, who fears losing in İstanbul and Ankara. Erdogan lost his main ally, the fascist MHP -which abandoned the alliance it had with the AKP to distance itself from the responsibilities of the crisis.

But the AKP feels confident nonetheless. It has the power of the state security apparatus. The street opposition is suppressed. The case of the constructing workers in the third airport of Istanbul exemplifies the situation. The airport is a key project of Erdogan´s and when the workers demanded their rights with protests they were crushed and 35 of them were put in prison.

And the AKP also controls the media. Accordingly, foreign enemies and its collaborators are shown as responsible for sabotaging the economy to prevent a Turkish breakthrough. In this way, they aim to continue the polarization of society and consolidate AKP voters. However, it is impossible to convince all of them.

The AKP’s main advantage is the crisis of the opposition. The main opposition party, the CHP, fell into a major crisis after the June 24 presidential elections. The leadership struggles created huge disappointment and rage among CHP voters, especially against the party leadership. The CHP will never come up with a policy that can challenge the AKP, since it is tied to neoliberalism and imperialism, and cannot attract the poor workers who vote for the AKP. With the help of identity-cultural-life style polarization, AKP succeeded in winning over the votes of this large group.

The HDP, which unites the Kurdish movement and most of the left, is part of this polarization. PKK has been weakened by state military repression and by the PKK´s attacks on civilians, which have killed dozens of workers and alienated them from large sectors of society. And the socialist left, mostly Stalinist, is in decline, paralyzed by Erdogan´s authoritarian regime.

Our party, the SEP, invites other socialist organizations and opposition unions to take an initiative for an action program against the crisis. In addition, we continue to look for cooperation and potential to establish a front with other socialist organizations. There is a very big potential in the youth and leftists as an anti-AKP force. In addition, unorganized workers and unemployed poor people have very big contradictions with AKP rule. However, to utilize the opportunities, we need an apparatus to lead the struggle with correct and dynamic policies in line of class politics. The SEP aims to create such an alternative with its own energy and through cooperation with other socialist parties.

The Struggle of the Kurdish People

We support the right to self determination of the Kurdish people unconditionally. However, we are critical of their leadership. The Kurdish movement’s political line is historically Stalinist. After the collapse of USSR, they turned to the post modernist discourse. Moreover, the PKK’s attacks on civilians and the city wars in Kurdistan have brought them to the weakest position in their history. Moreover, we should keep in mind that, in Rojava, they are allied with imperialists. We cannot expect them to be a “red” movement,. They are a nationalist movement, and seek to defend their interest by choosing different alliances, sometimes with the left, sometimes with imperialists.

As Turkish revolutionaries, our duty is to stand against our state and in solidarity with the Kurdish people. But its political leadership is a national movement whose interest does not coincide with our revolutionaries strategy. This is why, though we support the Kurdish struggle unconditionally, it is important to maintain political class independence.

In turkey, historically, the working-class struggle and woman rights struggle have very deep roots, since the Ottoman Empire. Until the military coup in 1980s, the woman rights struggle was associated with the left. Yet, after the coup, and the catastrophic defeat of the left, like in every area, they lost influence in woman struggle. With the rise of postmodernism, liberal 3rd wave feminism rose in Turkey. Yet, with Erdogan, misogyny has increased and this has reactivated the woman’s rights movement, especially in İstanbul, with mobilizations against femicide and the attacks on woman rights. For instance, five years ago, the AKP government tried to outlaw abortion, yet a strong mobilization of the feminist and socialist movement, stopped it.

Our contribution to the woman rights struggle is to press for women workers’ rights. What we demand as socialists is social equality for women. We know that the oppression of women is not independent from capitalist exploitation. Therefore, Equality -our woman rights organization- is working among working women, demanding “equal pay for equal work”, nursing rights, maternity leave with pay, free transportation rights, the right to the eight hour day, among other demands.