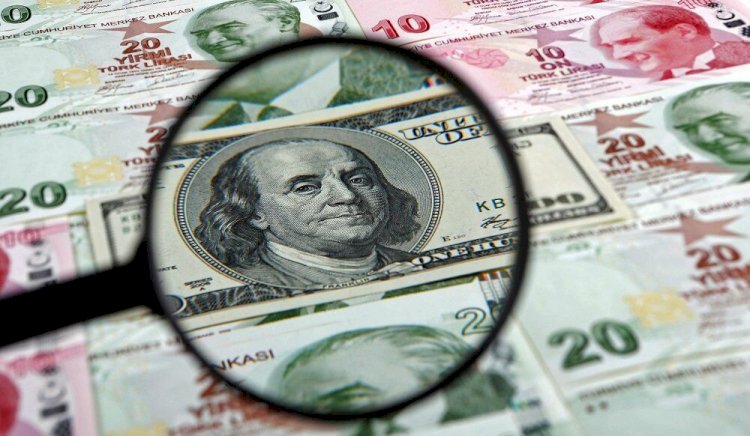 The Covid-19 pandemic hit the economies worldwide. The demand in markets sharply fell, unemployment and impoverishment increased and so do the discontent and anger among the peoples… The economic ruin seems to grow as the optimism about the last quarter has already gone.  Although the central banks of developed countries keep the interest rates around zero and pump a considerable amount of money into the market, the recovery is very weak. But what will countries, which already ran out of gunpowder, do?

So-called emerging markets but let’s call it underdeveloped countries in real terms, such as Turkey used enormous hot money flow from the developed countries and sank into debt. During that period, the appreciation of local currencies against the dollar increased imports. In the domestic market, domestic producers could not survive. In short, in the last 20 years, the third world economies have become dependent on foreign currency and foreign currency movements. The announcement of the US Central Bank (FED) in 2015 to switch to a monetary policy that would disrupt the flow of hot money, pushed the economies of developing countries into crisis while they evaluated the dollar against local currencies.

Since then, the AKP government has tried to prevent the crisis from becoming visible with countless moves, and if not, to delay it. As the regime declared the referendum for the institutionalization of the authoritarian one-man regime using the political atmosphere right after the coup attempt in 2016, a strong economy was very critical. We have seen that the government, which can act centrally, ignore market rules, use all resources and means to prevent the collapse of the economy, can delay the destructiveness of the crisis for a period, but this move will not work for a long time. The first bomb exploded in August 2018 with a jump in foreign currency, a major increase in interest rates and a peak in inflation. Now the new one is on the way. But this time there are no resources they had in August 2018.

Does the Cheap Credits Work?

The country's economy entered the pandemic with resources that the government devoted to its survival but are about to be exhausted. What made August 2018 a breaking point was Erdogan's belief that low-interest rate is the primary way to promote consumption. They continue with the same persistence today. Public banks have lowered the interest rate below 1% per month with the special directives from the Palace. Private banks have converged 1% interest rate by the force and sanctions of the Place rates as much as they can with sanctions. Since the beginning of 2020, the credit used by consumers has exceeded 700 billion TL. Even those who do not have any income are allowed to take a loan 2 thousand TL.

They propose to borrow instead of giving real income support to the citizen who is unemployed or has a low income.

Consumer credits constitute 20% and commercial loans, which have been restructured for many times since 2018, makeup 80% of total loans. It is clear that a significant portion of the commercial loans will sink during the pandemic period. In short, a significant amount of the loans granted by public banks will not be paid back and the burden of it will be laid on the people’s back with new taxes, severance pay, attacks to the rights such as unemployment fund.

It is also not certain that the credits are used to stimulate the market. Interest rates dropped to very low levels in order to revive the housing market became are demanded but people use it to buy second-hand houses. In the April-June period of 2020, sales of first-hand housing were 8% lower than in the same period last year, while second-hand sales were 28% higher. Houses are changing hands from one to another, but the sale of new houses that will fuel new construction projects, revive the construction sector, and hire new workers, is not accelerated. In other words, the jump in housing loans does not produce the desired results.

2020 is not a bright year in terms of tax revenues. Taxes of businesses that were not opened due to a pandemic were delayed instead of being canceled. As a result, the government established its tax policy on the taxation of workers, public employees and small tradesmen in other words, the taxation of the poor, with VAT and SCT; a resource that is never indispensable! Consider a country, the tax on payroll workers is higher than the Corporate Tax, which is the tax of the rich. Even more striking; the taxes (VAT and SCT) paid by those who consume alcohol and cigarettes are equal to the amount of the Corporate tax paid by 848 thousand capitalists.

With the endless support of the government, the rich come out with the least loss from the pandemic, the situation is completely different for the poor people. This will have consequences in the budget based on taxing the poor. The government, which aims to collect 800 billion TL tax revenue in early 2020, is expected to generate at least 300 billion TL less.

400 thousand workplaces were closed since the pandemic period has started. Some of them did not start their work at full capacity, some of them never opened. 9.5 million people lost their jobs due to the pandemic. The loss in taxes, which constitutes 75% of the budget, will not help to reduce the economic effects of the pandemic whose second wave will come in September.

Until The Last Penny

The main lesson that the government took from August 2018 was to block the increase in foreign currency, regardless. On the one hand, the appreciation of foreign currency creates an increase in interest rates, on the other hand, it increases production costs and spreads inflation in every country dependent on imports. The result is the perception of the crisis is deepening in the eyes of the impoverished people so, this will also create dissatisfaction and cause loss of vote. The government, which fell behind 51% of the votes it needs for the continuation of the Erdoğan regime, has no tolerance for this cycle. Central Bank reserves and swap of private banks and, if available, the money obtained from international swap agreements are used to keep the currency under control.

US investment bank Goldman Sachs estimates that Turkey spent about 60 billion dollars on foreign exchange interventions from the beginning of 2020. The dollar is weakening internationally due to the poor performance of the US during the pandemic period and it is expected to continue after September. But in order to prevent the rise of the dollar in Turkey, the Central Bank of Turkey continuously sells dollars through public banks. But sometimes these efforts are not enough; Since the serious increase in the dollar in May, the upward trend of foreign currency continues.

The rise, resembling August 2018 in May, could be prevented at 6.85 for a period with the swap agreement with Qatar. Today, things are more difficult because the government uses all the means and resources it has to stop the foreign exchange.

No Foreign Currency to Pay the Huge Debt

The situation of Turkey is getting worse because there is a continuous need for foreign currency. The economy is highly dependent on imports; foreign currency is for production. And the whole economy is in debt, especially the private sector needs foreign currency to pay it. But there are big problems in foreign exchange entry. The tourism sector, which is one of the main foreign currency resource for Turkey, is in a difficult situation this year. Tourism income, which was 33 billion dollars in 2019, is expected to shrink more than 50 percent. The main address of exports is the EU economy, and things are not going well for the EU countries. For example, we will see a considerable amount of income and foreign currency loss in Bursa, which is the epicenter of the automobile industry, and in Gebze, which is a heavy industrial city.

The recent increase in foreign currency indicates a dangerous trend for the economy. Exchange channels are blocked for the political power. The limits of intervention to foreign currency are only possible with debt and day-by-day solutions. If there will be no serious foreign currency flow from tourism, imports, foreign investors, international swaps or any channel, the end of the story will be combined with the destruction created by the pandemic and will be similar to August 2018. It might be worse. Under these circumstances, the reaction of the poor people may not be just punishing AKP in the elections. We can see that unemployment that turns into a disaster trigger spontaneous reactions on the street.