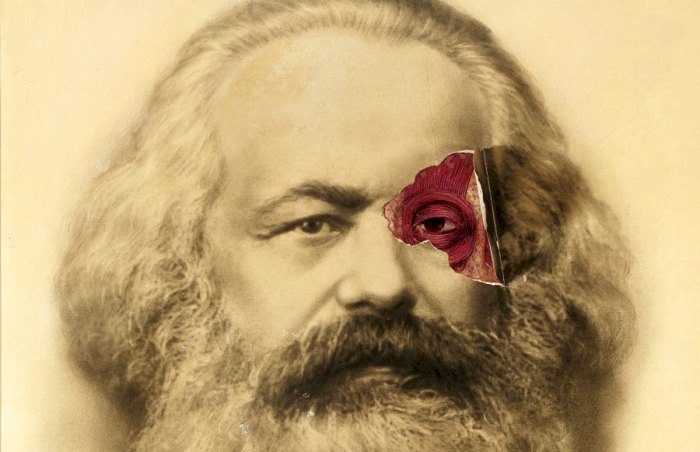 We have been dealing with the postmodern identity politics that has dominated almost the entire socialist left for a while. Naturally, polemics are turning up. Yet, it would not be enough to leave the issue at the level of polemics. In order to make the content of the debate clear to all: What do we understand with postmodernism? How to look at the issue of modernism and enlightenment? Should we turn ‘reason’ and ‘science’ into a target? How does postmodernism influence the left? It is necessary to make a series of articles seeking answers to those questions.

The radical left in Turkey suffered a major physical defeat after the September 12th, 1980 coup. However, recovery might not have been so difficult if the issue was limited to physical defeat. After all, a country with deep class, ethnic and sectarian contradictions is the ideal land for the growth of socialists who organize class reactions. However, when socialists were also buried under the ruins of the Eastern Bloc in the late 1980s, the situation progressed in a completely different way. The vigor of the 1990s caused this decade to be hustle and bustle, but postmodern trends were beginning to emerge. At the beginning of the 2000s, the vitality of the 1990s had already come to an end after the defeats suffered, and the shift to the right of the socialist left accelerated in this atmosphere. Although the traditions of being opposition continued, they shifted in other ways. An honest ideological evaluation of the past was avoided. The Soviet experience, mistakes, and lost revolutions were never taken seriously. The defeats in the field of class struggle were followed by ideological defeats. Ultimately, the socialist left became engaged in postmodernist identity politics. The gathering in the periphery of the Kurdish national movement, which is based on identity politics, in regard to the weakening of the radical left, has also had a determining effect on this deviation. Just as the ideal of socialism, at the beginning of the 1900s, was not immediately denied by the fresh representatives of social democracy but postponed to the bright horizons of the future; today, the labels of “the socialist” or "Marxist" and “Leninist” continue to be used for many organizations. In fact, in practice, a completely different political line and goals had already prevailed. For example, in Turkey, the roots of the socialist movement that shaped the origins of 1968-78 were replaced with the "socialist" organizations that understood not to organize and change the people when it came to being revolutionary, but to accustom the people to their marginal existence. Maybe it would rather be just enough to mention the "socialist" women's organizations, which are very uncomfortable with the "working woman" emphasis of March 8.

Why Not with Postmodernism?

If you ask what the definition of postmodernism is; remember that any scientific effort to discover the objective laws of the course of history is accused of being universal, generalizing, reductionist, and enemy as the "meta-narrative." For example, when Marxism says that history is shaped by the struggle between classes, it represents an example of a grand narrative that gives postmodernists goosebumps. Because postmodernism argues that there is no objective reality but the whole reality is fictional: “Our whole life, is a fairy tale, our knowledge is foolishness, the things we are sure of are nothing more than stories; in short, the whole of this world is nothing more than a play and a continuous comedy. " (Foucault) Although Foucault tells us the history of the formation of power through sexuality and madness in the form of a "meta narrative," we mortals who are not the theorists of postmodernism are not given the right to develop a perspective to grasp the workings of the world, to claim that this perspective has the power to explain what exists and what will happen!

When theorists of postmodernism say there is no objective reality, they mean that there are no subjects who can actually grasp it. According to postmodernists, human beings have lost their position of being a real subject. Individuals have become, the dissolve bodies for Foucault; the passive consumer for Baudrillard or the Frankfurt School, and colonization of desire for Deleuze and so on.  The subject (human) reconstructed by ideology, discourse, and/or power is actually no more than the voice of its creator. Let alone changing the history, the subject cannot even develop a general perspective to grasp it. Who is the owner/creator of the discourse, ideology, and power? This is also not clear. According to postmodernism, there are enemies such as Enlightenment, modernization, reason, science, and medicine that are impossible to fight and get rid of. On the contrary, the discourse, power, etc. are scattered everywhere. For example, the problem for Foucault is not capitalism or its governments, but micro-power relations that shape interpersonal relations as well. In such a perception of the world, a deep pessimism towards humanity prevails —homo homini lupus.

In short, postmodernism is hostile to the basic claim and ideal of the socialist movement: the idea that people make their own history. On the contrary, in the age of fictional subjects, the prospect of a total transformation, the idea of revolution, will lead to nothing more than new totalitarianism: “You cannot attempt to change the whole at once, if you try to change all at once, you will create a new despotism. The mistake of Marxism lies in its attempt to change society globally. " (Foucault)

Entire social science literature is concerned with rivalry and reckoning with Marxism. Postmodernist theory, which declares the end of an age, suffers from the same problem. To attempt to explain history in terms of the opposition between the two main classes, the exploiters and the exploited, and their objective interests are enough to label essentialism, reductionism, and determinism. Thus, Marxism is tried to be discredited by presenting it as a dry ideology that cannot explain the complexity of today's world. The working class is no longer a subject anyway. They are declared as a kind of privileged segment embedded in the consumer society.

When the working class is declared as an element that is integrated into the system and is no longer the transformative force of history, and the revolution turns into an illusion, all that remains is a fancy radical critique. The target of the radical criticism produced by intellectuals who do not know how to get out of power is not the capitalist order, but discourse, performance, and experience. Protagoras's famous "The measure of everything is human." With the perspective of his discourse, everyone's own experience and their own reality shaped by this experience gain value and meaning. The main thing is to transform it. The issue moves from a struggle with the capitalist order to putting the sphere of interpersonal relations on the target board. Following in the footsteps of Derrida, who says that "There is no reality outside of the text", discourse follows Foucault, who worries about the powerful interior design of the body, and sexuality becomes the main concern with the body politics or Deleuze's call for the liberation of desire.

For those who still pursue a general opposition amidst all the pessimism about humanity, identity politics is presented as a route under the name of new social movements. The main issue is no longer class contradictions but social differences. As a result, if there is no reality other than one's own experience, and only one experiences it, of course, one begins to talk about differences, not unifying common interests. Since the experience of each identity is different and often opposed to each other, it is up to Laclau and Mouffe, who proclaim themselves post-Marxists, to establish the link. The target now becomes "radical democracy", which means advancing liberal democracy. While seeing the positions of the subjects as unstable and their identities as fluid, it is impossible to talk about a common interest, so a common struggle fiction develops over the chain of equivalence that does not make any discrimination between identities. But there is actually no answer to the question of how, in the ordinary course of life, oppressed identities who are at odds with each other will struggle together. Now it is about morality, conscience; it is attributed to the goodwill of advancing democracy. Besides, the subject is completely fictional; In an era that allegedly cannot create their own values and principles (!) In short, there is no such ground that will bring together even the oppressed identities. What remains is a feeble, ineffective opposition of the middle classes who are open to the attraction of identity politics and only worry about self-expression.