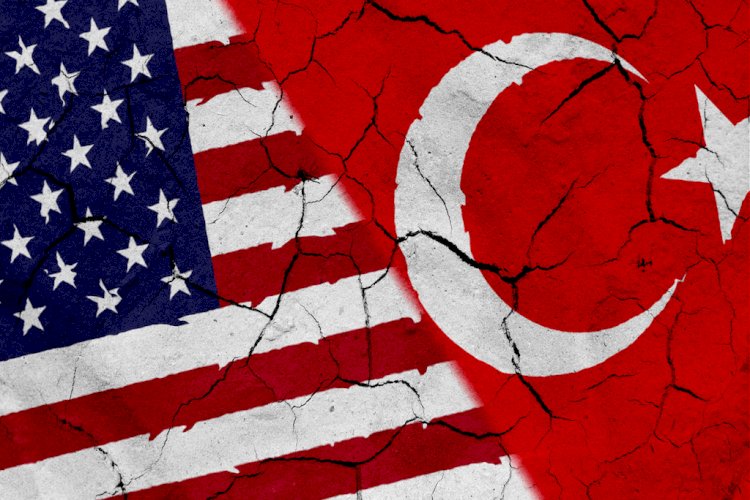 Before his resign, Trump signed CAATSA (Countering America's Adversaries Through Sanctions Act) to sanction Turkey due to the purchase of S-400 air defense systems from Russia. It is seen that the easier ones were chosen from the package of 12sanctions to target the Presidency of Defense Industries. It is the first time that a NATO ally will be sanctioned by CAATSA. US Secretary of State Pompeo's words reminds us the ‘carrot and stick’ politics: "…I also urge Turkey to resolve the S-400 problem immediately in coordination with the United States.  Turkey is a valued Ally and an important regional security partner for the United States, and we seek to continue our decades-long history of productive defense-sector cooperation by removing the obstacle of Turkey’s S-400 possession as soon as possible.” Although the AKP government condemns the sanctions as the situation requires, it seems that they do not want to drive a wedgebetween them and the new president Biden. Then, what is the appropriate attitude for revolutionary socialists on this matter?

There are two positions on the left regarding US sanctions. On one side, there are those who see the sanctions as an attack on Turkey's sovereign rights. Unfortunately, this position has deep sympathy with ruling class of Turkey, of which the efforts of regional hegemony clashes with the USA or Russia. For example, TKH (Communist Movement of Turkey) has already made a protest in front of the US Consulate General, describing the sanctions as "the aggression of imperialism against our country”.

You'd think Turkey is the underdog! As if the AKP did not try to make up with Russia by purchasing S-400, after tempting them by the intervention in Syria! As if the AKP government have not taken the chance of increasing the tension with Russia and the US for the sake of its regional interests! In reality, Turkey follows an expansionist policy in the Middle East and Caucasus, from Libya to Syria, from Nagorno-Karabakh to Sudan. Moreover, this policy is not unique to AKP. Before the AKP, the rulers of Turkey sought to expand their hegemony as a regional power; only the tactics and strategies were different. Today, the government, which has become the owner of the state, takes its steps more recklessly, less calculating, less diplomacy-more through military interventions; so it confronts more with the great imperialist powers.

The other position on the US sanctions is of the Kurdish Party, HDP socialists in its sphere of influence. Already, Murat Karayılan (leader of PKK) had interviewed the Israeli media a few weeks ago and given the new president Biden green light: "We are good allies of the West and the USA." At this point, with a similar attitude, there is an atmosphere that feels close to the US against the AKP, setting hopes on Biden in order to wear down the AKP. There is no point in making account of those reactionaries wearing democratic masks have taken over the power at the helm of imperialism, which has caused and will continue to cause great distress to peoples of the world. Unlike Trump, Biden and his team are trying to consolidate their domination over the earth with a US foreign policy that intervenes more and more in the Middle East.

Revolutionary socialists can neither feel a unity of destiny with the AKP government, which makes the people pay the price by embarking on extraordinary adventures to consolidate their regional power, and they can invite the people to act together in a unity of destiny, nor can they set hopes on the gangsters at the helm of imperialism in their fight against their enemies, even if they are at daggers drawn. Unless the imperialist capitalism is removed from the world, its mere promise to the peoples of the world would be anything but blood and tears. What really matters is to enhance the revolutionary struggle both against our own ruling classes and against imperialist capitalism.