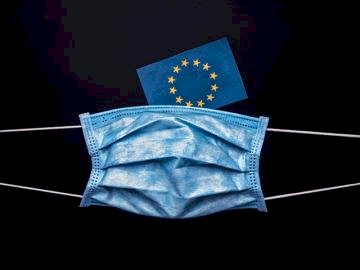 While 2020 is going to be the year of recession for the world economy, after the corona pandemic, the words, "Get ready for the worst crisis in the world that can overcome the 1929 crisis" are heard often. The world  needed a world war in order to recover the illnesses of the 1929 crisis. The world economy had risen again under the leadership of the USA through the reconstruction of the destruction it had created. The United States undertook some of the cost of rebirth from the ruins of Europe with the help of Marshall Plan. Now, European Commission President Ursula von der Leyen says that a new Marshall Plan is needed to help European countries affected by the corona epidemic. So is there anyone who can bear this cost now?  Has the USA, which cannot leave the 2008 crisis behind and is expected to cope with the biggest loss from the corona epidemic, the capacity to lead this mission? Let's discuss together… 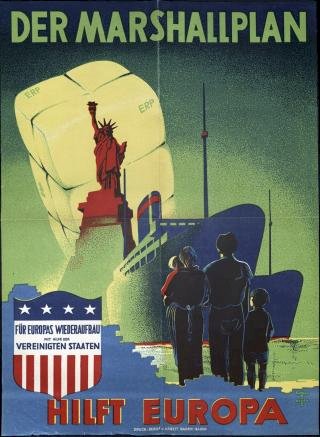 Marshall Plan played a critical role in the restructuring of the European economy that collapsed after the Second World War. Between 1948 and 1953, the United States made a $ 13 billion aid to European countries under the Marshall Plan. Contrary to the statements of the senators who said that the plan was “is to play the world's Santa Claus," while the Plan was voted at the Congress, the USA did not seek benevolence at all. In order to grasp the top of the imperialist hierarchy, the long-term need of US capitalists needed a vibrant European economy, as well as the use of resources for international allies when it was necessary. So, the Marshall Plan was on the agenda as it was accordant with the rise of the USA and it strengthened the front of the US against the danger of Europe shifting to the front of the USSR.

As a result of the aid, the European economy, as an important export region for the US capital, lifted. Dean Acheson, Undersecretary of the Ministry of Foreign Affairs, summed up the spirit of the Marshall Plan in a speech he made in 1947; The necessity of the European economy to become operational for disparity  between the import and export to be closed:

"Responding to this highly abnormal relationship between production in the United States and production in the rest of the world, the United States Government has already authorized and is carrying out an extensive program of relief and reconstruction…. Your Congress has authorized and your Government is carrying out a policy of relief and reconstruction today chiefly as a matter of national self-interest. For it is generally agreed that until the various countries of the world get on their feet and become self-supporting there can be no political or economic stability in the world and no lasting peace or prosperity for any of us. Without outside aid, the process of recovery in many countries would take so long as to give rise to hopelessness and despair…The difference between the value of the goods and services which foreign countries must buy from the United States this year and the value of the goods and services they are able to supply to us this year will therefore amount to the huge sum of about 8 billion dollars…We must take whatever action is possible immediately…to effect a larger measure of European, including German, recovery. European recovery cannot be complete until the various parts of Europe's economy are working together in a harmonious whole. And the achievement of a coordinated European economy remains a fundamental objective of our foreign policy." (1)

The meaning of Marshall aid in terms of US capital was not limited to an increase in the export volume. US companies had a great impact on the European economy:

“In 1955, 60% of shoe factories in England, 80% of baby food, color and black and white film, starch, sewing machine, typewriter factories, 65% of breakfast food, calculator, cigarette, potato chips, razor,  the spark plug factories; 50% of automobile, milk, cosmetics, medicine, tractor, petroleum products, electrical appliances factories; 45% of tire, soap, detergent, printing machine factories were under the management of American capital. In France, USA companies were producing 80% of computer and integrated products, 65% of agricultural machines, 65% of communication machines, 70% of film and photo papers, 45% of automobile and aircraft tires, 40% of petroleum products were produced in the same years. ”  (2)

Who will Save Europe ?

The President of the European Commission, voicing Marshall aid today, has not laid the hope to the United States; on the contrary, the EU wants to be the actor of such a plan to come out. The EU has no expectations from the USA and the reason of it is related to the current situation of the imperialist hierarchy. First of all, there is no indisputable US authority climbing up the top of the imperialist hierarchy and its indisputable forces against the collapsed European economy like the post-World War II. The European Union is on the field as a political and economic actor, although its strength is not equivalent to the USA. A few years ago, it was said by Germany and France at the cost of angering the United States that it was necessary to create a European army outside NATO. It is clear that we live in a politically and economically multipolar world, where their contradictions become more visible, even though their powers are not identical. Although the USA was not an indisputable center of power and authority as before, it is still the head of imperialism. But the competitors of the US, who put him in trouble, create their own influence fields.

The big question is that who can recover the EU, which still suffers from the longstanding consequences of the 2008 crisis and is shaken by Brexit,  from the collapse of the corona epidemic. Germany, which has suffered the least damage from the 2008 crisis and benefited most from the united economy of the European Union, has to take responsibility if it wants to EU to survive. This time, it is not like lending to Greece and shaking it down. It has been talked for a long time that the very debtor Italy is too big to fail. It is now clear that Italy will not pay a significant part of these debts. If Germany does not grant these debts out of its pocket, the complains of Italians such as “the Union of Europe is a lie” and "we are left alone amid the corona disaster", will be heard from different countries.

The Rest of the World

The 2008 crisis did not hit the underdeveloped economies at the firsthand; even with the cheap and abundant hot money flow, these economies managed to stay alive for a while thanks to big amounts of borrowings. When the central banks of the developed world announced that they would begin to stop monetary expansion after 2013, alarm bells started to ring and economic indicators began to deteriorate for these economies, which had to constantly pay large amount of debt in foreign currency. When entering 2020, the situation was already bad for the poorer countries of the world, the health crisis and the economic downturn caused by the Covid epidemic made everything worse. As Germany worry about the disintegration of the EU, rulers of the world worry about the collapse of many developing economies and poor countries of the world and rebellions on these lands. Therefore, the IMF and World Bank have already called to suspend the debts of the governments. The capitalists, who have nightmare of a class radicalism, can suspend or even write off the debts. They are cunning enough to know that it is necessary to sacrifice some money to save the future of the system.
However, even their cunning will not be able to prevent the anger of millions, who become unemployed and impoverished after the corona epidemic and whose eyes are opened about the capitalist system, pour into streets.

[1]The Requirements of Reconstruction, Undersecretary of State Dean Acheson (May 8, 1947) http://slantchev.ucsd.edu/courses/ps142j/documents/acheson-reconstruction.html