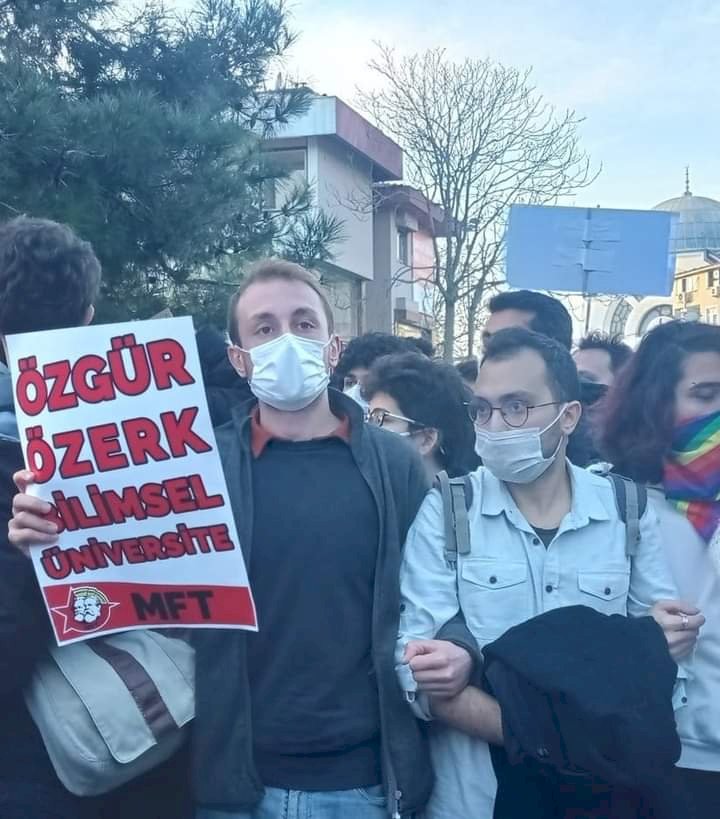 Melih Bulu – who stood as a Justice and Development party (AKP) parliamentary candidate in 2015 – was appointed rector of Boğaziçi University by President Recep Tayyip Erdoğan in a presidential decree issued on 1 January and sworn into office on Tuesday that sparked mass youth protests in Istanbul. After brutal police attacks, 2 SEP members (Denizhan Eren and Emrecan Konyalı) were taken under custody together with  36 students. They have been under custody for two days.

The decision was met with outrage from the student body and faculty members, who interpreted Bulu’s appointment as an attempt at curtailing academic freedoms, saying the new rector was the first to be chosen from outside the university community since the 1980 military coup.

Erdoğan’s one-man regime is losing its social support and he is widely unpopular among the youth. As the social conditions mature for a social explosion, Erdoğan and his coalition ally, the fascist party, increases oppression on the opposition.  One of the most dynamic elements of the social movement is university students. 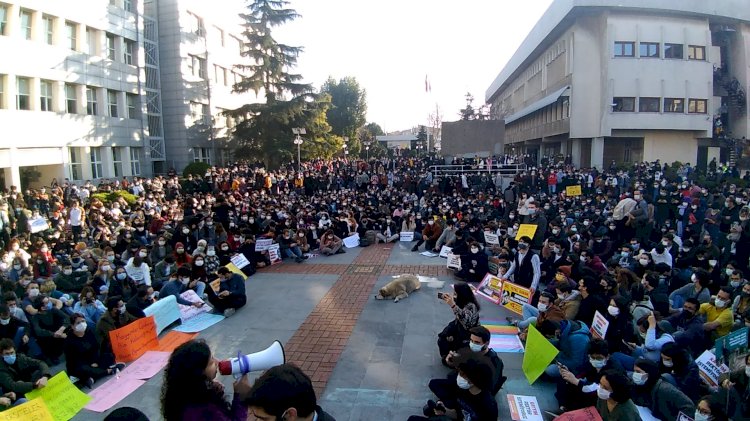 Comrade Denizhan, speaking to hundreds in the university campus

Comrade Denizhan, interview with a TV as a student representative of Boğaziçi University

Until the middle of the 2010s, the left was hegemonic in the universities.  The top universities such as Boğaziçi University and METU are the universities in which the revolutionary left has a strong tradition. Erdoğan could not take the control of these important universities. So he started to use the fascist organizations and police, then, after the 2015 coup attempt, he used the opportunity of the extraordinary authority under a state of emergency to cancel all university elections to destroy the semi-autonomous structure of universities, and dismiss hundreds of leftist/opponent academics. As of 2016, Erdoğan has been appointing the rectors that are nothing else but smashing attempt the universities that he cannot control.

Comrade Emrecan, speaking at the great protest in front of the Boğaziçi University, covered by the national media.

Melih Bulu – who stood as a Justice and Development Party (AKP) parliamentary candidate in 2015 – was appointed rector of Boğaziçi University by Erdoğan. When the appointment announced, students started to organize a mass protest in front of the university. The protest has become a joint protest of the students from different universities, which has been suffering from the Erdoğan-appointed rector’s oppressive rules.

The protest gained so great popular support that the Istanbul mayor banned all the protests near the university. Police in riot gear blockaded roads around the campus in preparation for the third day of protests on Wednesday. Despite the protest ban, thousands of students gathered in the university and came to Kadıköy. Students from different universities challenged the oppression:

The AKP-paid social media trolls criminalized the students on the evening of the action. Students were shown to the public as terrorists. In an operation carried out early in the early morning, police invaded houses by breaking doors; using heavy guns with the propaganda that they are members of illegal organizations.

The youth organization of SEP, MFT, actively organizes protest and militantly fight against this political counter-attack.

MFT campaigns around the following demands:

-Rectors must be democratically elected by students, academics, and university workers.

-Universities must be autonomous

Solidarity rally with the Boğaziçi University at METU  in Ankara led by  SEP members.

Comrade Barış Deniz Kuş, speaking to a national TV about the solidarity protest in METU
Engin Kara, who is the leader of SEP and also a defender lawyer of the students, talks to a TV about the arrested students and the propaganda of the government